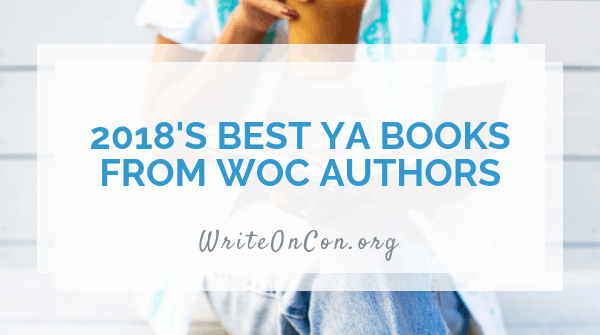 Representation matters, and fortunately we, as a society, are receiving more positive outcomes especially in the young adult literature genres. We are able to see the recognition Angie Thomas’s The Hate You Give and Nicole Yoon’s Everything, Everything received, so why not continue the train? I have a small list (because there is no way I could highlight every amazing WOC author) of novel releases this year who are not only POC’s themselves but helped showcased that within their characters and writing. Check it out!

Children of Blood and Bone by Toni Adeyemi 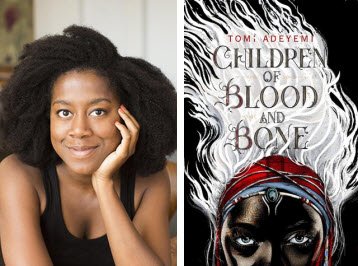 About the Author: Tomi Adeyemi is a Nigerian-American writer and creative writing coach based in San Diego, California. After graduating Harvard University with an honors degree in English literature, she received a fellowship that allowed her to study West African mythology and culture in Salvador, Brazil. She can be found blogging and teaching creative writing to her 3,500 subscribers at tomiadeyemi.com. Her website has been named one of the 101 best websites for writers by Writer’s Digest.

Book Synopsis: Zélie Adebola remembers when the soil of Orïsha hummed with magic. Burners ignited flames, Tiders beckoned waves, and Zelie’s Reaper mother summoned forth souls. But everything changed the night magic disappeared. Under the orders of a ruthless king, maji were targeted and killed, leaving Zélie without a mother and her people without hope. Now, Zélie has one chance to bring back magic and strike against the monarchy. With the help of a rogue princess, Zélie must outwit and outrun the crown prince, who is hell-bent on eradicating magic for good. Danger lurks in Orïsha, where snow leoponaires prowl and vengeful spirits wait in the waters. Yet the greatest danger may be Zélie herself as she struggles to control her powers — and her growing feelings for the enemy.

Smoke in the Sun by Reneé Ahdieh 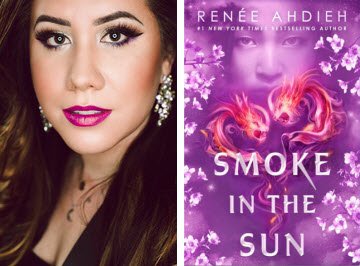 About the Author: Ahdieh always enjoyed reading as a young child, and found herself drawn to fantasy, romance, and other young adult novels. As a child of mixed race, since her mother was from South Korea, she found herself drawn to novels that supported diversity. She drew inspiration from a variety of authors, such as Paulo Coelho, Isabel Allende, F. Scott Fitzgerald, Rabindranath Tagore, Diana Gabaldon, Naguib Mahfouz, Anne Rice, Salmon Rushdie, and Libba Bray. She attended college in Chapel Hill and graduated from the University of North Carolina. She currently resides in Charlotte, North Carolina where she lives with her husband, Victor, and one dog, named Mushu.

Book Synopsis: As Mariko settles into her days at court — making both friends and enemies — and attempting Ōkami’s rescue at night, the secrets of the royal court begin to unravel as competing agendas collide. One arrow sets into motion a series of deadly events even the most powerful magic cannot contain. Mariko and Ōkami risk everything to right past wrongs and restore the honor of a kingdom thrown into chaos by a sudden war, hoping against hope that when the dust settles, they will find a way to be together. Set against the backdrop of feudal Japan, Smoke in the Sun is the breathless, romantic, not-to-be-missed fiery conclusion to a spell-binding adventure. 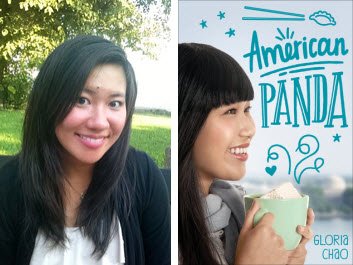 About the Author: Gloria Chao is an MIT grad turned dentist turned writer. Her debut novel, American Panda, received four starred trade reviews, is a Junior Library Guild Selection and Indie’s Next Pick, and is nominated for several awards including YALSA’s Best Fiction for Young Adult. Her second novel, Misaligned, is forthcoming fall 2019. She was also once a black belt in kung-fu and a competitive dancer, but that side of her was drilled and suctioned out.

Book Synopsis: At seventeen, Mei should be in high school, but skipping fourth grade was part of her parents’ master plan. Now a freshman at MIT, she is on track to fulfill the rest of this predetermined future: become a doctor, marry a preapproved Taiwanese Ivy Leaguer, produce a litter of babies. With everything her parents have sacrificed to make her cushy life a reality, Mei can’t bring herself to tell them the truth — that she (1) hates germs, (2) falls asleep in biology lectures, and (3) has a crush on her classmate Darren Takahashi, who is decidedly not Taiwanese. But when Mei reconnects with her brother, Xing, who is estranged from the family for dating the wrong woman, Mei starts to wonder if all the secrets are truly worth it. Can she find a way to be herself, whoever that is, before her web of lies unravels? 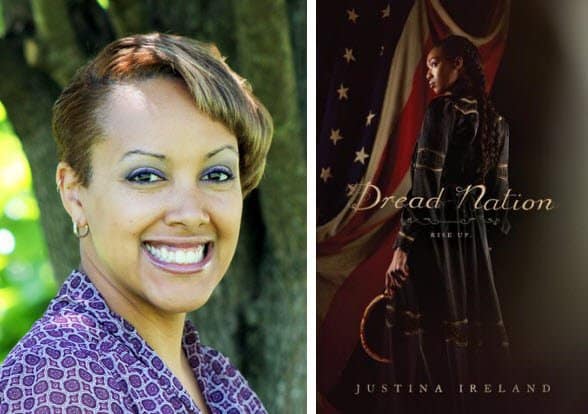 About the Author: Ireland is the author of the teen novels Dread Nation, Vengeance Bound, and Promise of Shadows. She enjoys dark chocolate and dark humor and is not too proud to admit that she’s still afraid of the dark. She lives with her husband, kid, and dog in Pennsylvania.

Book Synopsis: Jane McKeene was born two days before the dead began to walk the battlefields of Gettysburg, Pennsylvania — derailing the War Between the States and changing the nation forever. In this new America, safety for all depends on the work of a few, and laws like the Native and Negro Education Act require certain children attend combat schools to learn to put down the dead. Almost finished with her education at Miss Preston’s School of Combat in Baltimore, Jane is set on returning to her Kentucky home and doesn’t pay much mind to the politics of the eastern cities, with their talk of returning America to the glory of its days before the dead rose. But when families around Baltimore County begin to go missing, Jane is caught in the middle of a conspiracy, one that finds her in a desperate fight for her life against some powerful enemies. And the restless dead, it would seem, are the least of her problems.

A Very Large Expanse of Sea by Tahereh Mafi 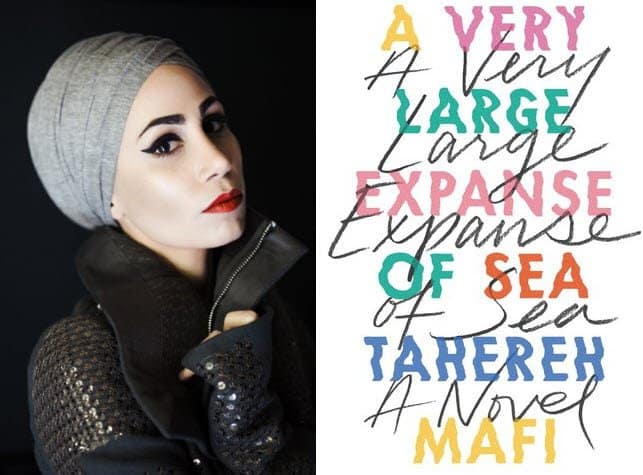 About The Author: Tahereh Mafi was born in a small city somewhere in Connecticut and currently resides in Southern California with her husband, fellow author Ransom Riggs. Her latest novel, A Very Large Expanse of Sea, released October 16th, 2018.

Book Synopsis: It’s 2002, a year after 9/11. It’s an extremely turbulent time politically, but especially so for someone like Shirin, a sixteen-year-old Muslim girl who’s tired of being stereotyped. Shirin is never surprised by how horrible people can be. She’s tired of the rude stares, the degrading comments — even the physical violence — she endures as a result of her race, her religion, and the hijab she wears every day. So, she’s built up protective walls and refuses to let anyone close enough to hurt her. Instead, she drowns her frustrations in music and spends her afternoons break-dancing with her brother until she meets Ocean James. He’s the first person in forever who really seems to want to get to know Shirin. It terrifies her — they seem to come from two irreconcilable worlds — and Shirin has had her guard up for so long that she’s not sure she’ll ever be able to let it down.

From Twinkle, with Love by Sandhya Menon 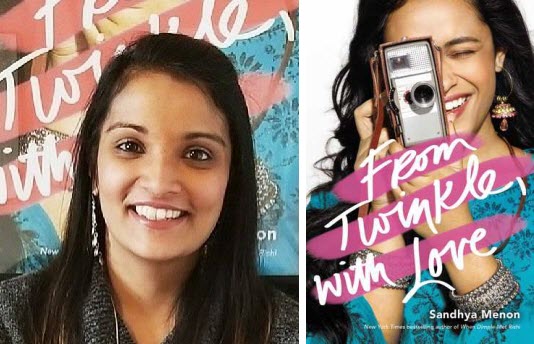 About the Author: Menon is an Indian American author based in Colorado, USA. She is the author of New York Times bestseller When Dimple Met Rishi and From Twinkle, with Love. She grew up in India and is a die-hard fan of Bollywood films. She moved to the US from India when she was fifteen years old. She had a hard time growing up in two different cultures. She always wanted to be a writer, but her family pressured her to study medicine. Now, Menon writes young adult fiction for teenagers.

Book Synopsis: Aspiring filmmaker and wallflower Twinkle Mehra has stories she wants to tell and universes she wants to explore, if only the world would listen. So, when fellow film geek Sahil Roy approaches her to direct a movie for the upcoming Summer Festival, Twinkle is all over it. The chance to publicly showcase her voice as a director? Dream come true. The fact that it gets her closer to her longtime crush, Neil Roy — a.k.a. Sahil’s twin brother? Dream come true x 2. When mystery man “N” begins emailing her, Twinkle is sure it’s Neil, finally ready to begin their happily-ever-after. The only slightly inconvenient problem is that, in the course of movie-making, she’s fallen madly in love with the irresistibly adorkable Sahil. Twinkle soon realizes that resistance is futile: The romance she’s got is not the one she’s scripted. But will it be enough?

The Astonishing Color of After by Emily X.R. Pan 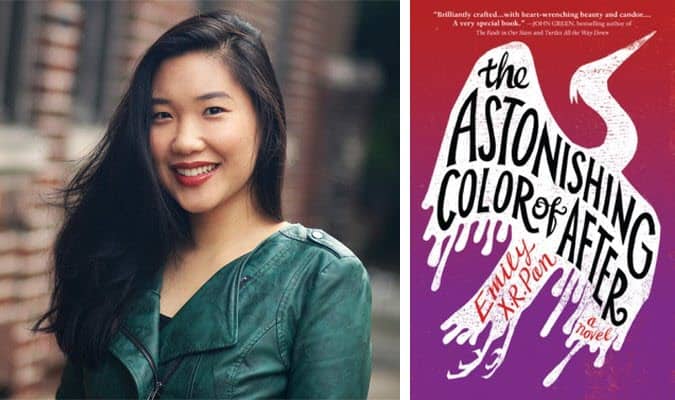 About the Author: Emily X.R. Pan lives in Brooklyn, New York, but was born in the Midwestern United States to immigrant parents from Taiwan. She received her MFA from NYU, where she was a Goldwater Fellow. Emily X.R. Pan is the New York Times bestselling author of The Astonishing Color of After, named by the Wall Street Journal as one of the top twelve books of the season.

Book Synopsis: Leigh Chen Sanders is absolutely certain about one thing: When her mother died by suicide, she turned into a bird. Leigh, who is half Asian and half white, travels to Taiwan to meet her maternal grandparents for the first time. There, she is determined to find her mother, the bird. In her search, she winds up chasing after ghosts, uncovering family secrets, and forging a new relationship with her grandparents. And as she grieves, she must try to reconcile the fact that on the same day she kissed her best friend and longtime secret crush, Axel, her mother was taking her own life. 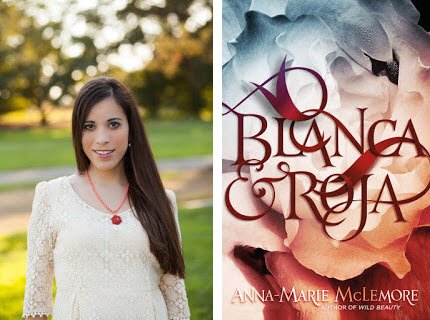 About the Author: Anna-Marie McLemore was born in the foothills of the San Gabriel Mountains and grew up in a Mexican-American family. She attended University of Southern California on a Trustee Scholarship. A Lambda Literary Fellow, she has had work featured by the Huntington-USC Institute on California and the West, CRATE Literary Magazine’s cratelit, Camera Obscura‘s Bridge the Gap Series, and The Portland Review. She is the author of The Weight of Feathers, When the Moon Was Ours, Wild Beauty, and Blanca & Roja. She lives in Sacramento, California.

Book Synopsis: The del Cisne girls have never just been sisters; they’re also rivals, Blanca as obedient and graceful as Roja is vicious and manipulative. They know that, because of a generations-old spell, their family is bound to a bevy of swans deep in the woods. They know that, one day, the swans will pull them into a dangerous game that will leave one of them a girl, and trap the other in the body of a swan. But when two local boys become drawn into the game, the swans’ spell intertwines with the strange and unpredictable magic lacing the woods, and all four of their fates depend on facing truths that could either save or destroy them. Blanca & Roja is the captivating story of sisters, friendship, love, hatred, and the price we pay to protect our hearts.

Who is your favorite WOC author? What books would you recommend from them? Start a lovely comment thread below to expand the awareness of many WOC authors around the globe!