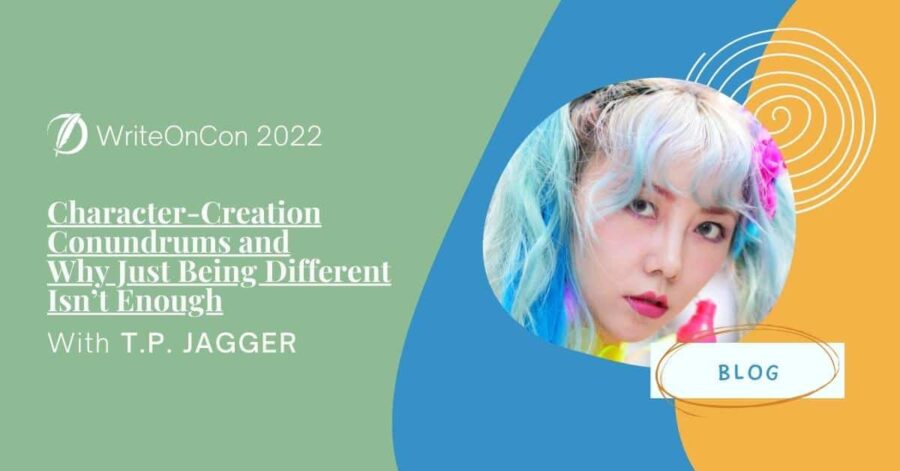 Character-Creation Conundrums and Why Just Being Different Isn’t Enough

Gina, Edgar, Elena, and Kevin. The “GEEKs.” Four friends on a treasure-hunting quest to save their small New Hampshire town.

The GEEKs and their quest provided the basis for my middle-grade novel, Hide and GEEK. But having four GEEKs also meant having to develop four unique characters who would constantly be around each other. The basic question was this:

How could I make each GEEK stand out from the others?

At first, answering that question seemed pretty straightforward. After all, how hard is it to make four characters different from each other? From their home lives to appearances to quirks and personalities, I knew I could create four unique GEEKs. But making unique, different characters wasn’t enough. There was a second question to consider, a deeper character-creation conundrum. And it added a whole new level of challenge:

What uniqueness would each GEEK offer that made them more than just 1/4 of a GEEK-y acronym?

In other words, it wasn’t enough to create four characters who had some differences. The challenge came in making those differences matter.

And of course the GEEK-y acronym had to have four letters. I mean, come on! I’d never written a story with a core band of four friends in my life! By golly, I’m a protagonist-with-only-one-best-friend kind of guy. And now I had to juggle a four-member friend group? What had I been thinking?!?!?!

I hadn’t even started Chapter 1, and already, things were going poorly.

So I worked. I played. I brainstormed. And I focused on each GEEK’s interests and passions. It unfolded something like this:

I started with some commonalities. After all, the GEEKs were four friends who were going on a treasure-hunting quest together. They had to have something in common. This brought about two common passions that tied all four GEEKs together: a love for their hometown—Elmwood, New Hampshire—and a deep value of their friendship with each other.

These two shared passions provided the motivation the GEEKs needed to undertake the treasure-hunting quest to save Elmwood. But those shared passions didn’t do anything to differentiate the four friends and make each a unique member of their GEEK-y team.

Which brought me right back around to focusing on the differences in their interests and passions. I had to accomplish the two things I’ve already alluded to:

Those diverse interests helped differentiate the GEEKs. For example, while would-be-journalist Gina jotted observations in her reporter’s notebook, theatre-loving Edgar constantly quoted Shakespeare and burst into snippets of song from Hamilton. While math-wizard Kevin crunched numbers and calculated probabilities, Elena expounded on the virtues of decarboxylated lysine for discouraging school bullies. Each GEEK stood apart as a character—they were DIFFERENTIATED.

So goal one had been accomplished.

But how would those same differences also be COMPLEMENTARY? How would the GEEKs’ differing passions and interests prove vital to the team’s success?

As I wrote, this complementary aspect fell into place in various ways. For example, Gina’s astute observational skills helped launch the GEEKs on their quest. Edgar’s improvisational acting skills helped the GEEKs talk their way into a stranger’s home as they searched for a clue. And Elena and Kevin’s science and math skills had to be combined in order to quickly crack open a locked vault to save a man’s life.

All of these differences in characters’ interests and passions also provide a bonus boost to a story’s plot. In fact, they provide an injection of the plot-powering fuel that keeps readers reading—the fuel of conflict and tension.

You see, no one wants a story in which all of the characters are the same and life is all sunshine and roses. Not only would that be totally unlike real life, but in a story, it’s just plain BORING. And if you bore readers . . . ? Well, they’ll probably go and find a different, non-boring book to read instead.

So, while you use passions and interests to build differentiated yet complementary characters, also use those differences to introduce conflict and tension into your scenes. Play around. Put your characters in situations where their passions and interests lead them to want different things. Then explore how those differing wants can build conflict and tension to drive your story forward.

For instance, in Hide and GEEK, I wondered: What happens when Kevin wants to take a break from clue hunting in order to work on his campaign for 6th-grade class president? Or what about when Gina wants to work on solving a new clue, but Edgar is focused on drama club? In these cases, the same interests and passions that made the GEEKs a great team also introduced disagreements and conflict. They provided fuel for my plot.

So look at your stories. Examine your characters. What are their passions, their interests?

Once you’ve determined that, you can work to ensure those passions and interests achieve three things for your story:

Hopefully, that will give you a cast of characters—and a story—that readers will want to follow from beginning to end.

T. P. Jagger is the author of the Hide and GEEK series. HIDE AND GEEK (book 1)) released in January 2022. It was selected to the ABA Indies Introduce list as one of the top 10 MG/YA debuts for winter/spring 2022, as well as to the ABA Kids’ Indie Next list. The second book in the series—THE TREASURE TEST—releases in early 2023. T. P. has over 25 years of teaching experience, doing everything from teaching elementary students how to write to teaching teachers how to teach writing. He helps writers write and teachers teach through his 3-Minute Writing Teacher series of how-to creative writing videos and his free readers’ theater scripts for elementary and middle school classrooms. T. P. and his family live in the Pacific NW, along with two dogs and an evil, ankle-biting cat. Neither the dogs nor the cat know how to write. But the cat will never admit it.