Events can only be accessed on the date and time they become available. Panel Events open for questions 30 minutes before the session starts.

Rosiee Thor began her career as a storyteller by demanding to tell her mother bedtime stories instead of the other way around. She spent her childhood reading by flashlight in the closet until she came out as queer. She lives in Oregon with a dog, two cats, and an abundance of bread. She is the author of Young Adult novels Tarnished Are The Stars and Fire Becomes Her (forthcoming from Scholastic Press).

Jessica S. Olson claims New Hampshire as her home, but has somehow found herself in Texas, where she spends most of her time singing praises to the inventor of the air conditioner. When she’s not hiding from the heat, she’s corralling her three wild —but adorable— children, dreaming up stories about kissing and murder and magic, and eating peanut butter by the spoonful straight from the jar. She earned a bachelor’s in English with minors in editing and French, which essentially means she spent all of her university time reading and eating French pastries. Sing Me Forgotten is her debut novel.

Intisar Khanani grew up a nomad and world traveler. She has lived in five different states as well as in Jeddah on the coast of the Red Sea. Until recently, Intisar wrote grants and developed projects to address community health with the Cincinnati Health Department, which was as close as she could get to saving the world. Now she focuses her time on her two passions: raising her family and writing fantasy. She is the author of The Sunbolt Chronicles and Thorn. 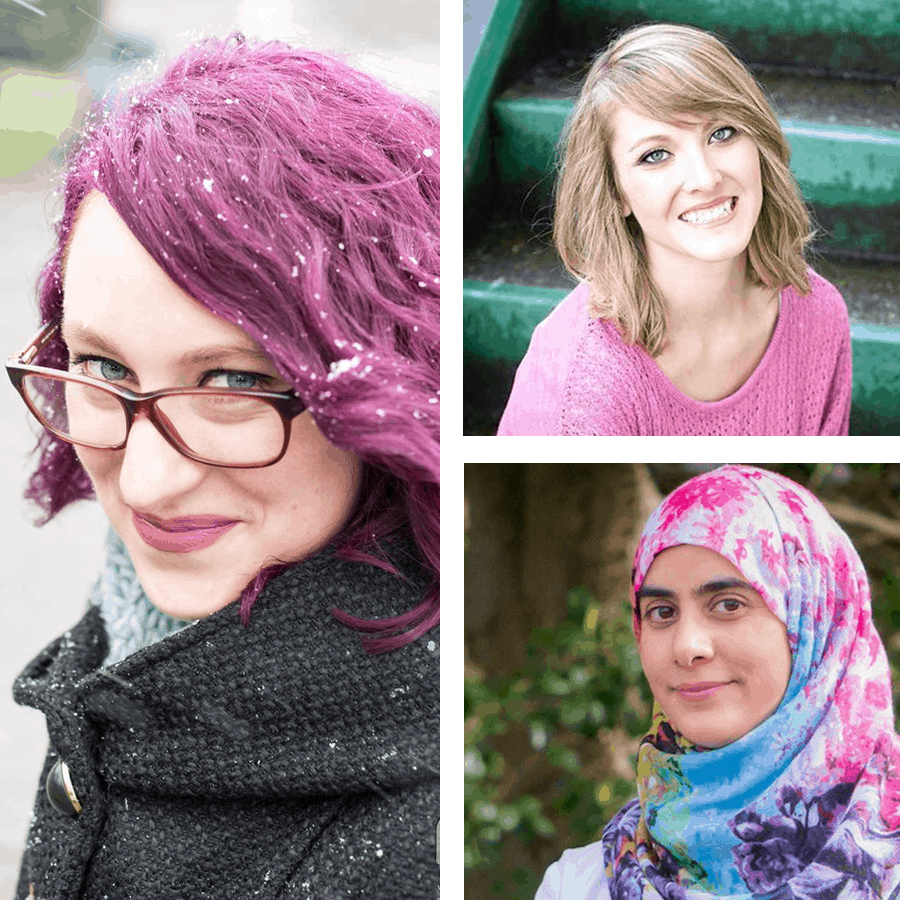