Join international kidlit authors, Gail D. Villanueva (My Fate According to the Butterfly), Remy Lai (Pie In the Sky), and Shakirah Bourne (Josephine Against the Sea) in a live Q & A about the ups and downs of being traditionally published in the US while living in the Philippines, Australia, and Barbados.

Events can only be accessed on the date and time they become available. Q&A Events go open for questions 30 minutes before the session starts.

Remy Lai writes and draws for kids. She was born in Indonesia, grew up in Singapore and currently lives in Australia with her dogs. Sometimes, she eats ice cream for breakfast.

Gail D. Villanueva is a Filipino author born and based in the Philippines. She’s also a web designer, an entrepreneur, and a graphic artist. She loves pineapple pizza, seafood, and chocolate, but not in a single dish together (eww). Gail and her husband live in the outskirts of Manila with their dogs, ducks, turtles, cats, and one friendly but lonesome chicken. My Fate According to the Butterfly (Scholastic Press) is her debut novel. Learn more at GailDVillanueva.com

Shakirah Bourne is a Barbadian author, filmmaker, and lover of ripe mangoes. Josephine Against the Sea (Scholastic, July 2021) is her middle grade debut. She has written and produced four movies, including a comedy that she filmed during an earthquake and in a cave with bats. Her work has won numerous awards for its showcasing of local culture and use of dialect. She currently lives in Barbados, where she spends way too much time daydreaming and looking out at the sea. 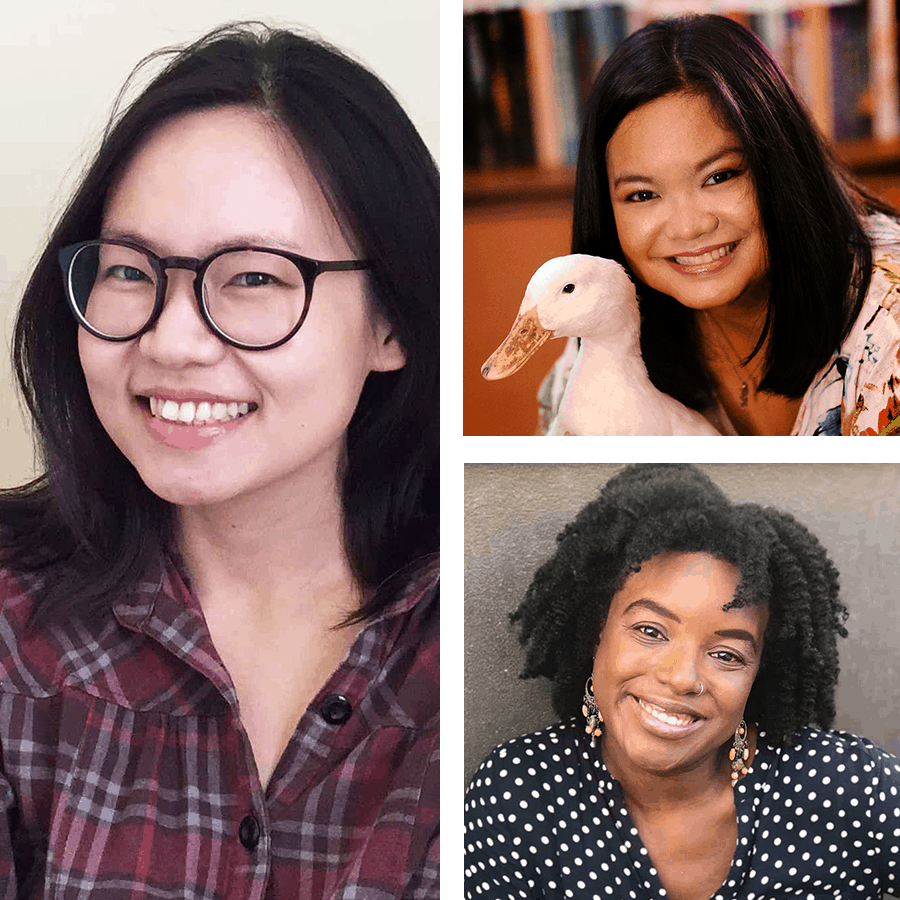