Rami and his friends unintentionally journey to a magical realm of genies to save Rami’s lost brother, or so they think.

Rami and his friends unintentionally journey to a magical realm of genies to save Rami’s lost brother, or so they think.
Hello! My name is
M Ameen
Middle Grade
Action/Adventure Adventure Fantasy 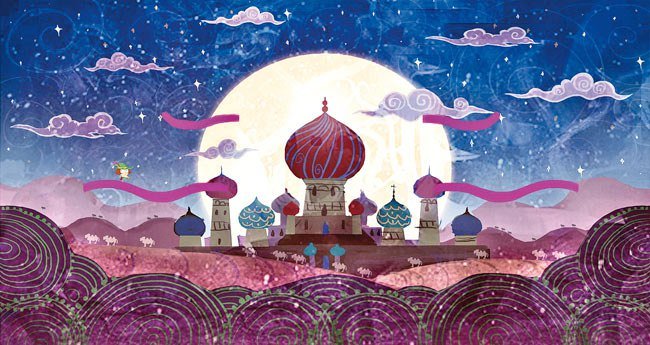 I currently work in international affairs. I started to take writing seriously about 9 years ago after finishing my bachelor degree. I’ve written a few novels since then but nothing’s published as of yet. I recently decided to switch from writing literary novels to more commercial stuff.

I’ve had a lot more fun writing my latest novel because as I’m writing, I’m going with my characters to a magical world and having unbelievable adventures.

My reading is eclectic. If someone asks me what is my favourite book, it would be the Brothers Karamazov, and my favourite author would be Nabokov. Books that explore philosophical issues always draw me in. Also books about with characters too smart/stubborn for their own good, such as Crime and Punishment, Despair, and Hunger.

However, I also enjoy commercial fiction about fantastical worlds, such as the Dresden Files, Discworld, and the Witcher Saga (and of course Harry Potter).

I guess fantasy and adventure on the commercial side, and all things literary with a focus on philosophical issues on the literary side.

I guess romance, horror, and popular YAs (such as the Hunger Games, Divergent, Twilight). I wouldn’t give any one of those a hard no, but they’re the closest to a hard no for me. Also I hold extreme respect for the genres/books I listed and their fans. They’re just not my cup of tea.

PS. I was trying to think of a genre or a theme to link the three YA series I mentioned and I think it might be teen/young adult cynicism.

The story follows 13-year-old Rami and his two best friends, Haryo and Natalie, as they unintentionally journey to a magical realm of genies to save Rami’s brother who vanished ten years ago.

Rami’s life is miserable. His mother has lost the will to live since his brother vanished a decade ago and his stepfather, well, the less said about him the better. A strange looking man with a long green beard approaches Rami and his friends at school and tells them he knows where his brother is. Natalie tells Rami he is crazy to consider believing this strange man. But what could Rami do? He has to believe him, bringing his brother back means saving his mother as well.

Rami and his friends get thrown into a magical world where they learn that Rami’s stepfather is some kind of evil sorcerer that cut the link between the human and the genie realm ten years ago. Many tribes of genies are angry at Rami’s stepfather and pursue Rami and his friends relentlessly. After putting his friends into constant dangers, Rami vows to help them get back safely to the human realm, telling them that he would go back with them. But will he be able to forget about his lost brother? And, is his stepfather truly the cause of all the ills facing the genie realm? Rami must decide what he wants to do and whether he can do it without the help of his friends.

It was the tenth anniversary of Rami’s brother’s disappearance and Rami didn’t feel like going to school. He really didn’t feel like it. He could probably just stay in and no one would notice. His mother wouldn’t be able to tell if he went to school or not. In fact, he would rather stay at home to take care of her.

Ever since his brother, Muheeb, had gone missing, it was as though his mom had lost the will to live. She became motionless and doctors couldn’t figure out what was wrong with her. Rami had to care for her all by himself. Well, that wasn’t completely true. His stepfather helped a little. Rami didn’t mind taking care of her, of course. He would do anything for his mother, and nothing for his stepfather who was never there, who was the one supposed to take care of her. And him. He was just thirteen years old, after all. Why should Rami care about his stepdad? His only contribution to Rami’s life was to make it a living hell.

But his stepfather, Fayez, would possibly be in and out of the house so Rami decided to go to school after all. Rami tiptoed out of his bedroom and down the long hallway to check if his mom and Fayez were up. Their room was dark. The bed was made. Rami turned on the lights. They were not there. He went back to his room, showered, and changed putting on his school uniform, which he hated. He looked in the mirror. His black curly hair was getting long. He tried to comb it to the side. It was uncooperative. It bounced right up. He needed a haircut. He decided to stop by the barber on his way back from school.

I want to continue writing middle grade, about friends going on adventures to magical worlds.