Hello! I've been writing since I was a small child, but only recently thought of myself as a writer. I mainly wrote screenplays before but always d...

Hello! I've been writing since I was a small child, but only recently thought of myself as a writer. I mainly wrote screenplays before but always d...
Hello! My name is
JeSuisAmanda
Middle Grade
Action/Adventure Adventure Fantasy Paranormal/Mythology/Fairy Tales Historical 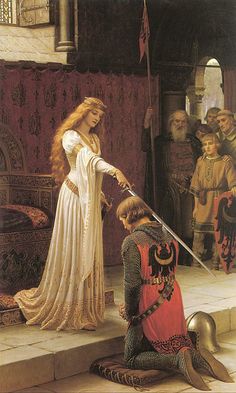 Hello! I’ve been writing since I was a small child, but only recently thought of myself as a writer. I mainly wrote screenplays before but always dabbled in historical fiction, fantasy, and murder mysteries. (My fave genres!) Currently working on a historical fiction fantasy series I use to tell my baby cousin as a bedtime story. Looking to publish book one, working on the second one currently.

I love to see sassy, feisty females kicking ass. I tend to gravitate towards entertainment that focuses on great friendships. I love a good murder and a lovely cup of tea.

I’m willing to read anything once, even getting out of my comfort zone, but I’m not crazy about graphic novels. They don’t quite pull me in, but it could be that I haven’t found “that” book yet.

In the empire of Ludo, the beloved King Roland rules with his wife and seven daughters.  His youngest, Rosalind, is his favorite. While her sisters would marry the princes of other lands, Rosalind would rule as queen. All is well until King Roland declares a hunt to celebrate the wedding of his second daughter. Roland is thrown from his horse and sustains a serious head injury. When he awakes, he is a different Roland entirely. In a fit of anger, he strikes Rosalind as heir. He declares the one to return with a fabled golden apple will be the new heir to the throne.

Rosalind is stunned to hear him say the one, not he or she. Anyone could retrieve the apple. She sets off into the The Shadow Woodlands, armed with a fistful of maps and a servant girl, Abigale. The girls endure hardships, but they continue forward.

In County Blackburn, a poor farmer, Rodrick Hobson, cares for his land with his seven sons. When news of King Roland’s decree reach Far Pebble Farm, Rodrick’s older sons pounce on their younger brother, Brandon. They use his love and naivety to convince him to go after the apple. Ensuring themselves one less mouth to feed.

In The Shadow Woodlands, Rosalind encounters Brandon, and fearing her competition, lies about her true self. Brandon, hearing only the version of the decree his brothers gave him, does not realize the apple’s true purpose, wishing it only to exchange for money for his father. Brandon refuses to help the girls, instead choosing to continue on his own. It isn’t until the two stand in an orchard, high on The Distant Cliffs, under the shadow of the last golden apple that they meet again.

With apple in hand, and Rosalind’s true identity revealed, the three must work together to survive the winter and the journey home. But when they return to King Roland, things don’t quite turn out as they expected. Loyalties are tested when the heir is announced and the three must decide what is more important: the throne or their friendship.

This is a true story and I will tell it to you now as it was once told to me. I shall go back to the beginning, before the story starts, so that you can better understand the nature of the people and the time in which it is set. There once was a king, King Roland of the Ludo Empire, though it was often called the Emerald Valley. King Roland was beloved by his people and known to be kind and just. Through him, the warring nations of Costa, Dorin, and Nehesebet had come into peace and become the enlightened empire that it is now. It was almost not so.

Roland was not yet ten and six when the news had reached Ludo. His father, King Thommes, and his brothers, Edward and James, had died crossing the sea between Ludo and Dorin. In one swift blow, Ludo had lost its king, heir, and the spare and it had taken over a fortnight for the nation, still deep in its grief, to learn the truth of the tragedy.

Prince Edward was to marry Princess Elinor, the only daughter of King Terric, the king of Dorian. It was the first time in living memory that there was to be such an alliance between Ludo and Dorian. There was talk of peace between the great nations and that was something to celebrate. For his part, King Thommes had arranged a parade through the streets of the city down to the port. Gilded carriages, waving the blue flag of Ludo and a white flag embroidered with the Prince’s seal, had been arranged so that the people could wave to the royal family of Ludo. More importantly, it afforded the people one last chance to steal a curious glance or two at Prince Edward, before he was married, and his brother. Prince James had insisted on joining his elder brother, refusing to leave his side or take no for an answer. The king and queen allowed it. Perhaps there could be another wedding arranged while in Dorin. So, their carriages set off down the streets with much pomp and fanfare.

I’d like to continue working on my screenplays, publish my books. All so that my characters can no longer live in my head and can finally go out and be free in the world.