YA fantasy about forbidden magic, blackmail, and the evils of capitalism

YA fantasy about forbidden magic, blackmail, and the evils of capitalism
Hello! My name is
Emma
Young Adult
Fantasy High Fantasy 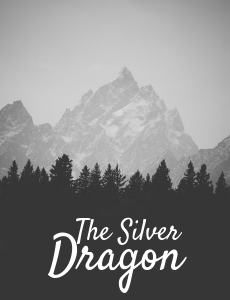 Hi, I’m Emma. I write YA fantasy and sci-fi because I love exploring other worlds. I would love to be traditionally published one day, but my main aim is to improve my writing quality and process. Outside of writing I read (or course), I am also a big tv consumer which often derails my writing but it does mean I have a good grasp of tropes and the way stories develop. I also enjoy hanging out with my dogs and spending time outside.

I love reading high fantasy with strong characters I can get invested in, where the setting is more than just a backdrop. I love unique world building and stories where I can watch the characters struggle, and fail sometimes. I enjoy big over arching plots, and clever twists, and really unique interesting magic systems.

I also love sci-fi space operas with other planets and space travel and large scale battles. I like when a story can show us flaws within humanity in a way that doesn’t feel too pushy. I like urban fantasies that incorperate the magic with the human in a clever way. I enjoy when people have to go to extreme lengths to hide their powers from friends and enemies alike, often resulting in ridiculous excuses.

High fantasies where the characters are so powerful it seems like nothing can threaten them. Battles against all powerful otherworldy entities. Books pitched as ‘dark’ that just have a lot of killing, for it to be dark I want there to be a psychological struggle. Urban fantasies where there’s a magic community hidden parallel to our world and our main character hasn’t known about it their whole life but now they’re swept into it and suddenly they’re the chosen one / all powerful / super important. Angels and demons, vampires etc.

Obviously there are exceptions to all of these, there are some books with these tropes that I enjoy so I’m not against giving a chapter a chance.

A girl who lives in a country where only twenty years ago her magic would have marked her for death. A boy who leads a team of orphans that make a living in less than honest ways. When they’re cornered by a businessman who’s got his eyes set on harnessing magic for his own gain their lives turn into a tangled web of manipulation, with the businessman himself sitting in the center waiting to destroy their lives, families and futures the second they try to cross him. They must trust no one and examine every choice they make if they want to escape with their lives, and their humanity, intact.

A thousand bodies staggered towards the factories through the haze of fog that rose from the bay. Through their midst weaved a pale girl in an olive green cloak headed in the opposite direction. The Petrova Tower chimed the hour with a solemn toll.

“No.” Eyla glanced up at the clock face in the distance and broke into a run. Before the bell stopped ringing the fog had swallowed her.

The streets were empty except for glimpses of the girl whose footsteps echoed against the cobblestones, and the phantoms that danced in the edge of her vision. She was spat out into the shadow of the Petrova Tower, which loomed over the city at double the height of any of its other buildings. She craned her neck to watch the building as she caught her breath. She looked at it, not in admiration of the architecture that took four years and a third of the city’s population to build, but in contempt. She tucked a rust coloured braid back into the shadows of her hood, took a deep breath and gathered all the confidence she could muster. And with a straight back, Eyla entered the tower.

The confidence was quickly knocked out of her as she was pushed from behind by an indeterminable businessman among the crowd of suits. She spun around, catching a few weird looks as the crowd rushed around her. The entry room was large enough to soak up all the sound from the world. Above her light filtered in through the glass domed ceiling

I have a couple of other projects in the works, most still in the ideas stage