When Rhina starts seeing bird skulls staring at her from the shadows, and disease follows, she's accused of spreading Plague

When Rhina starts seeing bird skulls staring at her from the shadows, and disease follows, she's accused of spreading Plague
Hello! My name is
Bronwen
Young Adult
Science Fiction Dystopian 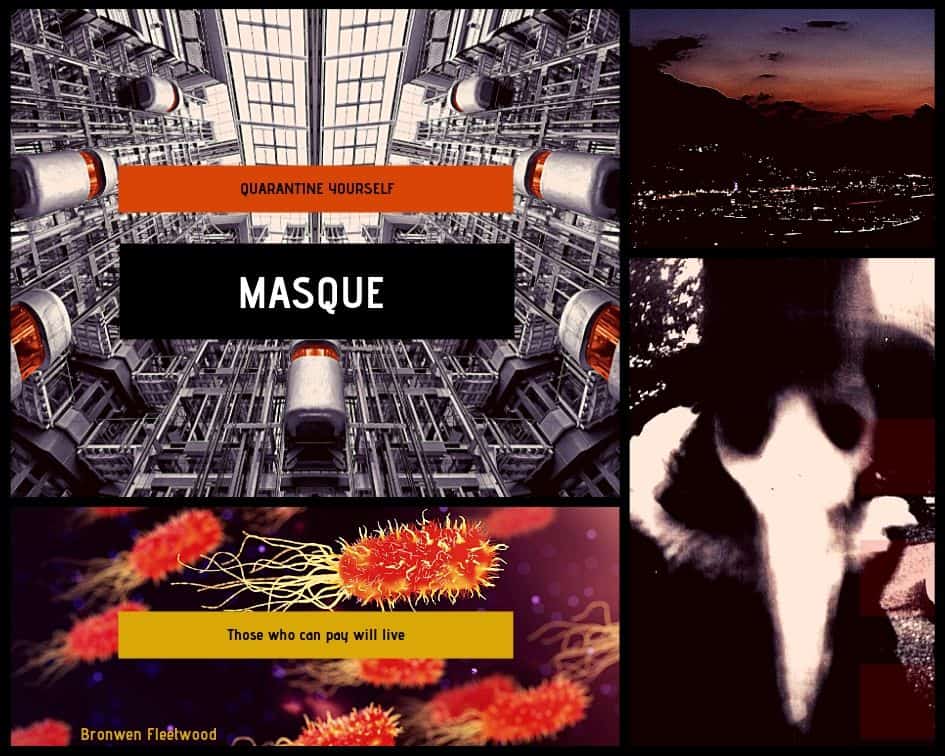 I write YA and adult, contemporary and fantasy (or a combo of the two). Contemporary is an amazing space for exploring our world, and fantasy allows for things the real world could never handle.

I love tropes turned on their heads. I love the twist and seeing its ramifications play out.

I want all the big emotions! And the funnies!

I’m not the best for literary works or horror.

YA contemporary romances that play the tropes straight-on rarely work for me. I need something extraordinary to believe that teens have found their soulmates.

MASQUE is a NN,000 word YA science fiction novel with series potential that draws on Edgar Allan Poe’s “Masque of the Red Death” and medieval plague doctors. MASQUE is cli-fi told in three POVs, centering a plus size heroine who puts herself before her love interests.

Rhina’s family took shelter in the Elysium Outpost when it looked like climate change and a deadly Plague would wipe out humanity. Generations later, seventeen-year-old Rhina has developed a computer simulation of a genetically modified bacteria that could save her sick sister’s life. The Outpost only has enough supplies to make one instance of the bacteria, but if Rhina can prove her simulation works maybe the Leadership Committee will let her try. Maybe.

Her work singles her out to interview for a job on the elite Tier Platinum, the control center for the Outpost. Securing it would lift her family out of poverty and make treating her sister’s chronic condition affordable. But not everyone is happy a girl from the labor class has been chosen for this opportunity. Rhina is haunted by massive bird skulls looming at her from the shadows, and where she sees the skulls, people get sick.

Suspected of re-engineering the Plague bacteria, Rhina must figure out where the skulls are coming from and how they’re spreading a disease that was sealed out of the Outpost 150 years ago. When a boy wearing the skull mask abducts her into the maintenance tunnels, he blows apart Rhina’s conception of the dead exterior world. Humanity survived the Plague. They want revenge on the Outpost for abandoning them. And Rhina is the only one who knows the truth: they’re already inside.