Alexia Thomas wants a normal life but's that's hard when your dads decide to rebel against their tyrannical governor. 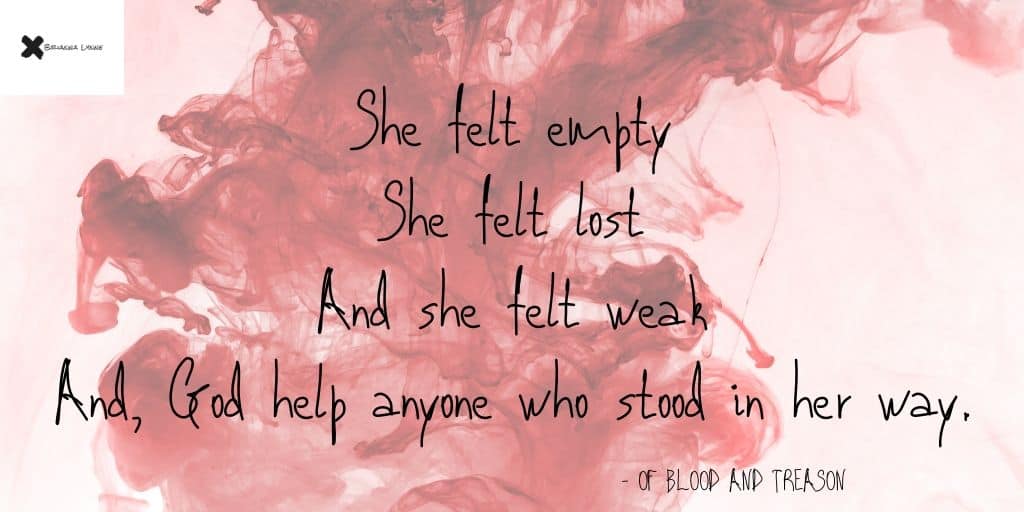 Hi! I’m Brianna Lynne. I’m a YA writer of all sub-genres. I read absolutely everything YA. There is nothing I won’t try. I have three degrees in Creative Writing; bachelors, masters, and MFA specifically in YA. I also have a certificate in professional writing and took MANY courses on editing. I’ve written three books, but have yet to publish. I think this one is it, though! *fingers-crossed*

Outside of writing, I like to read, listen to music, get tattoos, and I teach English and Civics to middle schoolers. I also taking my dogs for walks and circuit training.

I love stories about teens growing up in tough situations. I love politics and characters who are morally gray. I love villain stories and origin stories. I love romance and the fae. I like fantasy worlds and realistic fiction. I don’t mind tropes as long as you’re using it for a purpose.

I don’t like heroes who are too powerful and without flaws. Nothing longer than 90k. I will read pretty much anything else though.

Seventeen-year-old Alexia Thomas wants a normal life. She doesn’t want to worry about her dads losing their jobs. She doesn’t want to leave school when they can’t afford her tuition. And she definitely doesn’t want to fall for her best-friend’s brother, the same boy who humiliated her in 8th-grade. But as the new governor stretches his tyrannical limbs, and Alexia’s family and friends plan a meager resistance, fate thrusts Alexia into a impossible decision to join or sit by and cling onto whatever pieces of her old life she can hold. Little does she know either choice will end with her in cuffs and the unbearable loss of everyone she loves.

Adrian leaned against a locker. His body casual, his eyes less so as a question lingered on his lips. I closed the door, and it slammed harder than I meant to, startling us both.

I met Adrian’s eyes, and for a half-second I wondered what it’d be like for him to lean in closer, brush my mouth with his, feel the muscles beneath his shirt as I pinned him against the cool metal of the locker wall. But I shook the thought from my mind as soon as it tried to squirm its way in. He had shown no inclination, and I wouldn’t initiate. Maybe my best friend, Frankie, was right. Maybe I was a little boy crazy.

Down the hall, I could smell Sammy with her red lips and tropical lotion before she even passed by us, the aroma of coconut and lime trailing under my nose. She threw her head back and laughed and something light bubbled in my chest. My eyes traveled down the length of her, watching her disappear.

Adrian cleared his throat, and I avoided his gaze to pick a fuzz off my black shirt as a light blush stained my cheeks. Huh, maybe I was girl crazy, too. Or simply seventeen and drowning in hormones as my dads like to remind me.

“So, are you up for it?” Adrian said as we pulled into the chaos of hallway traffic. I checked my shoulder bag for my tablet pencils, my bangles ringing as they slid down my arm. All three still contained in their pockets under the flap. Good. My parents couldn’t afford to replace them, again.

The noise level rose around us as we slithered through the masses like weathered pros. First Year Me would be so envious of Junior Year Me as we dodged footballs thrown from one meat-brain to another, pirouetted through theater kids singing some song no one else knew, and ducked past the smokers huddled in a corner like a pack of malnourished thieves.