First dates shouldn't be deadly. YA Paranormal Romance with a LGBT+ heroine, a commitment phobic vampire, friends, frenemies, and baddies. 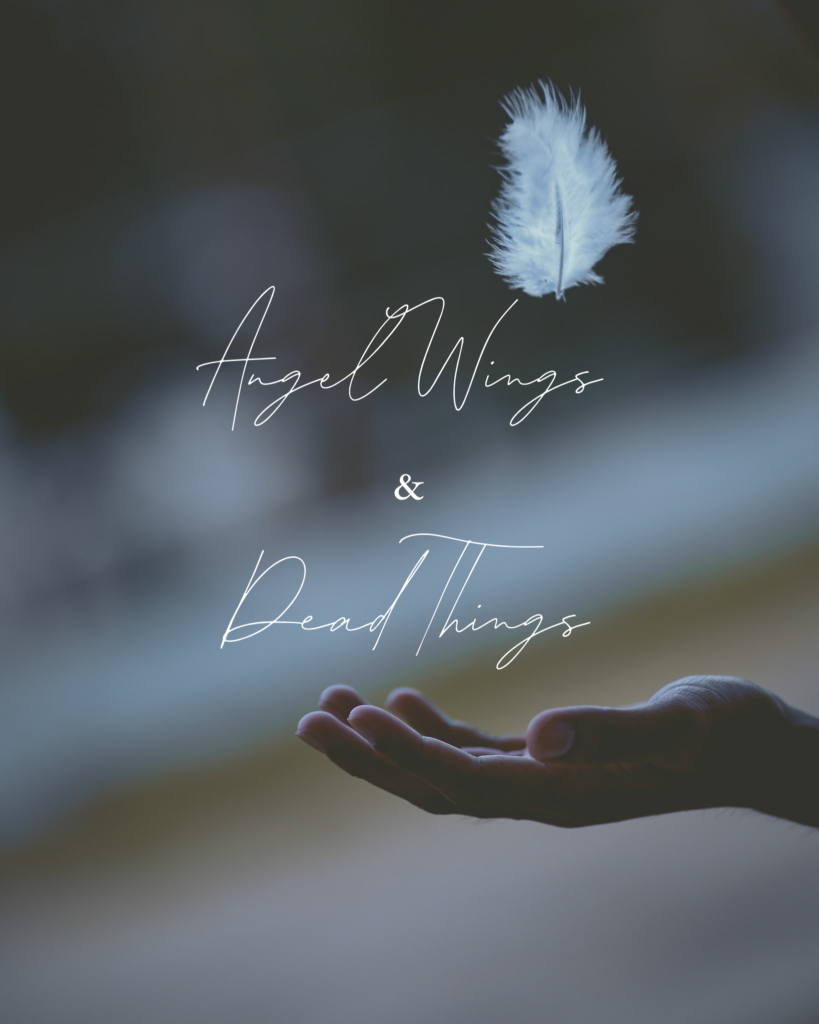 Hi, I’m addicted to reading books on the craft and art of writing. I love to sing (badly) in the shower, car, and anywhere my husband isn’t. I can find the good part of any movie. I draw, paint, and take photographs (sometimes well.) I also love to play FFXIV, shop for books, and rearrange my bookshelves. I have a beautiful furbaby named Gizmo and a wonderful family who supports me in this crazy dream of getting published.

If I was a color, I’d be gray (partly because I’m boring but mostly because I am morally ambiguous.) Oh, another thing, I hate it when someone texts “U” instead of “YOU.”

I love to read. I suppose that’s a given since I want to be an author when I grow up (says the girl behind the computer who’s in her late 30’s.)

I’ll read just about anything. My favorites are:

Seventeen-year-old Poe O’Sullivan thought finding her boyfriend cheating on her with her secret crush and best friend was bad, and cliche, but mostly bad. Furthering the drama, said ex-friend worked with her at their local cinema. Summer should be sun and fun, not death and endless night. Unfortunately for Poe, she picked the worst possible rebound, a vampire.

Xander played hero when her lover acted an arse. He figured her for an easy meal. She’d never know. Her memory of Xander would only live on in half-remembered nightmares. Playing his part as the arduous new beau too well, he failed to notice his past skulking in the shadows until they’re surrounded. Predictably, the vampire hunters attacked. Something neither party accounted for was Poe jumping, or rather falling, into the middle of their struggle. Xander, with little more than a few scrapes and bruised pride, discovered the cost of his inattention.

Poe was dying. She saw no light. No tunnel. No dead relatives. There was only the boy with the flashing fangs and sky meets ocean eyes leaning over her. She became pain and darkness. She became nothing. Then she woke up, different.

Xander swore he’d never…but he did. Too late for regrets. He stole away with Poe into the darkness and her new unlife. If only that was the end of their story.

Poe’s honey-gold gaze held on an imperfection between the salmon-colored brick and the blindingly clear entrance windows of the movie theatre. At just over five feet, she had to stand on tiptoe to see past the glass and to the scorching asphalt of the parking lot. The midday July sun reigned dominant in the pale blue sky. The fan above her sent wind rustling through Poe’s wavy brown with pink tips hair but did little else to combat the heat inside the lobby. The combination of sun and salmon brought tears to her eyes. It had nothing to do with the fact her ex-boyfriend wouldn’t stop sending her texts while she avoided him the only way she knew how, by working.

Aidan: You there?
Aidan:
Let’s talk.
Aidan: You’ve got to forgive me.

Aidan: Because you love me.

Poe sighed and allowed herself an eye roll at his expense. How should she respond? She’d said she loved him and meant it, but what good did her love do their relationship if Aidan couldn’t stay faithful? She gripped her phone with vice-like hands, wishing for the strength to tell him off for good or crush her phone to bits so she would rid herself of the temptation to forgive.

“Such a big sigh for a pint-size girl.”

Poe’s shriek echoed off the high ceiling as she jumped to her feet, throwing her phone across the box office in the process. Everyone in the lobby turned to stare. Busted.

I’ve written 2 books of poetry (one self-published under a different name, one rotting in a drawer somewhere.)

I plan to continue to write YA novels based in and around my fictional city of Yellow Creek. I do have ideas for sequels to Angel Wings, but not everything I’m letting percolate in the cracked coffee pot of my mind will be paranormal. I want to write Raine, Chloe, and Hailey Grace’s stories one day. Correction. I will write their stories.