Succumb to Gravity - Boarding schools and teacher conspiracies, in space 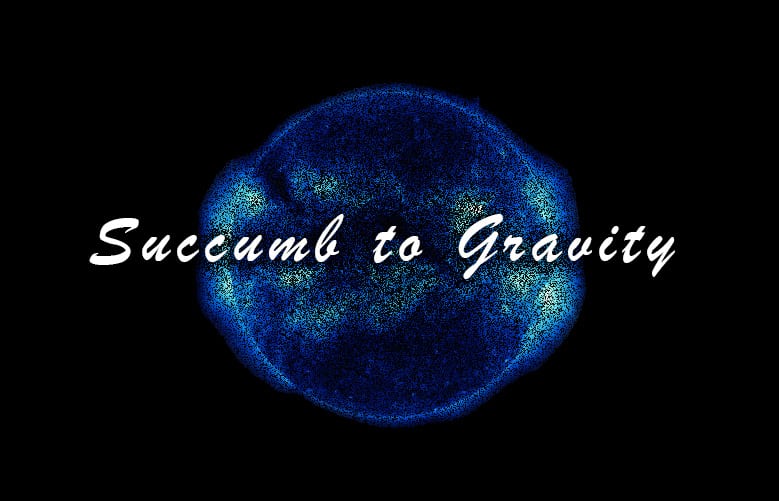 I’m an actor, stage performer, and teach singing lessons on the side. I’ve also been known to occasionally dress up as Mickey Mouse and entertain children at birthday parties.

Since my many jobs often enter crunch at the same time, my writing productivity fluctuates widely month by month. I get a lot of my writing done during June July, August, September, and around Christmas & Easter.

It’s a huge plus for me if the voice bursts off the page, so Paper Towns by John Green is my favorite novel. I probably don’t read as widely as I should, but my recent reads include Brandon Sanderson’s Skyward and Starsight.

I get inspired from TV & Film more than novels – favourites including: Stargate, Farscape, and The Butterfly Effect.  Lately I’ve been influenced by Avatar – The last Airbender.

I don’t have many no,no’s but I do want to mention some.

Joleen spent her youth locked outside the door of a research lab — dancing, making friends with backstreet orphans, wishing one day her father would burst through the door and ask her to save them from some monster their experiments had accidentally created. But her dad never lost his marbles enough to require assistance from a child. Yet at age nineteen, Joleen still wishes to connect with him. And if she needs to become a renowned scientist to justify her place at his side, fine then. She’ll go beyond, and get a scholarship to the most prestigious space ship college in the galaxy.

However, after snooping around in the university labs, she gets expelled and is forced to return home defeated. But apart from radioactive clouds, there’s nothing left of her planet. Worse, the military pins her father’s lab as the source of the calamity. Joleen must clear his name and discover why her home has exploded. The answer might help her become the notorious scientist she’d always wanted to be. Without it, planetary explosions will keep dominoing across the constellations.

Complete at 93,000 words SUCCUMB TO GRAVITY is an Adult Space Opera with YA crossover appeal. It’s action is set in a post surveillance state 27th century and I believe it would appeal to fans of Brandon Sanderson’s Skyward series, and those of TV series Dark Matter.

I’m not sure if dancing in zero-G. is a thing, but I wanted it to be. I tucked my long wavy bangs behind my ear and smiled in anticipation as I floated into a tall arching ship station. Beyond the arriving crowds and their downward flood, soared walls of crystal – further behind, large speckled ships stretched into infinity like the melting clock’s in one of Salvador Dali’s paintings.

This moment was perfection – the beginning of my triumphant freshman year.

The hatch behind me slammed shut, and my rental space boat burst away. Its degraded paintwork made it look like a fossil leaving a beauty pageant while the numb tingling in my feet which hadn’t washed away yet, reminded me why I wouldn’t miss it.

Before me washed a sea of students whom all wore the same carbon-fibre suits with the roman numerals IV and V on their backs. Only mine had a I.

Okay. So, what if their suits were fancier? I rocked the rugged look. Or at least so I imagined. I would’ve been silly to let a little scratched titanium-cloth diminish my celebration. Especially, since my teachers didn’t even believe I could escape my planet.

A boy stared at me with a discomforting smirk. “Did you get lost?” He pointed at me. “Aida’s that way.”

Who did he think he was? I didn’t remember asking his opinion. And the guys building these suits – Why did they have to go and mark the generation so blatantly?

I pointed to the large numeral on my back “This stands for future number one scientist.” I snapped.

“Number one looser.” The boy giggled at me.

“Take a better look at it.” I pushed away, leaving him in the dust.

Everyone else poured in from their shuttle docks into the main bay and levitated alongside me, through this enormous tunnel. Their suits left thick smoke trails as tiny stabilizers helped them manoeuvre with a grace that even with my dance training I could only mimic poorly. So, try as I did, everyone overtook me, bully included.

The space age ended when humanity finally broke light speed commencing what we thought would be the galactic age – but the Galaxy didn’t want us. A monumental wall was constructed blocking the three inner planets from the starry night sky and encasing the sun. Why? So we wouldn’t spread.

Ethan is part of a long line of visionaries – as they like to view them self’s – more commonly known as suckers, whom have tried to break free of the wall. But he’s the first to consider teleportation to the other side more likely than smashing through.

All he want’s is to get away from his manipulative father, confront the aliens whom imprisoned him and settle down with his girlfriend.

But in the centuries since humanity’s imprisonment, the jailers themselves have disappeared. And Ethan will soon discover, whomever did them in isn’t taking prisoners.