Jewish Demons, Cryptids, and Other Things to Binge on YouTube 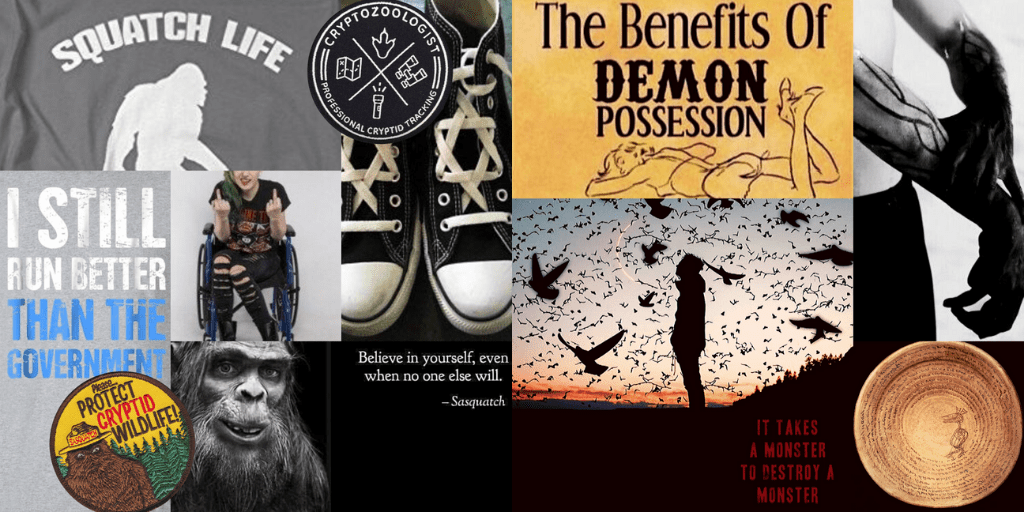 Sofiya grew up surrounded by goats, and as an adult pets the neighbor’s goats through the fence even though she probably shouldn’t. When she’s not talking her patients through their feelings, she can be found enjoying Utah’s wild places, teaching her kids to make challah, and defending nice dragons. She should definitely be studying right now. Her debut novel ANYA AND THE DRAGON is kind of about Jewish farm girl Anya, and kind of about a dragon, but is mostly about Anya’s favorite goat, Zvezda.

Zvezda single-handedly led to ANYA AND THE DRAGON being selected as a Sydney Taylor Book Award Honor for 2019.

Published in middle grade, Sofiya also writes young adult and adult fantasies. She approaches every story idea as “a normal thing, but with magic.” She has ten million ideas and no time to write them.

I love love love obscure fairy tales, stories with subtle and devastating things to say, and unexpected heroes. If you can surprise me (in a good way), you’ve got me!

If you’re going to write outside your personal experience, I want to know that you’ve done the legwork of making sure you’re representing your subject matter accurately and sensitively. Causing offense FoR tHe SaKe Of ArT will summon down my ire from the frothing skies.

A demon of wrath uses YouTube trolling to stir up rage in his mortal followers, embarrassing his demon family so much that his grandfather, the demon Azazel, decides to mentor him.

Azazel ben Shahjaza—known to his mortal followers as Zack Sheenan—isn’t that Azazel. That Azazel is Zack’s great-great-times-a-million-grandfather, and he sends texts to Zack regularly trying to give him advice about the best ways to corrupt humans. The thing is, Zack doesn’t really want to corrupt humans in the traditional way. His YouTube channel, “Throwing Sheyd,” is where Zack does biting, sarcastic commentary on other YouTubers, tearing them to pieces while presenting as a “judgy demon.” At over 5 million followers, Zack is an internet celebrity, professional asshole, and constant disappointment to his family.

On the side, Zack is the webmaster for his city’s local demonic support group, called D&D: Demons and Donuts. After he accidentally disables privacy settings, a mortal named Rachel stumbles upon their website and, believing them to be some kind of role-play group, shows up for support therapy. When Zack steps in to prevent this hapless girl from being literally devoured by the other group members, he becomes entangled in Rachel’s disaster of a life—a wheelchair-using YouTuber with a channel all about cryptids, she’s failing college because she has to work long hours at a dead-end job to support her boyfriend’s many vices.

Encouraged by Grampy Zazel to utterly destroy Rachel, Zack instead finds himself strangely protective of her. Bit by bit, he starts to repair Rachel’s crumbling life, and starts to become a kinder, gentler demon. As he starts to lose followers and income, plus sparking the suspicion of D&D group members, Zack must abandon Rachel to save them both. But when her violent boyfriend muscles his way back into her life, Zack finds himself trapped between the demon his family wants him to be, and the friend Rachel needs him to be.

Jewish fantasy! And Jewish fantasy. I like to ask myself, “what mundane thing can I make magical today?” and go from there.