Kayla has the world's biggest crush on a former mental patient hell-bent on taking out the government kamikaze-style.

Kayla has the world's biggest crush on a former mental patient hell-bent on taking out the government kamikaze-style.
Hello! My name is
awilson2002
Young Adult
Contemporary 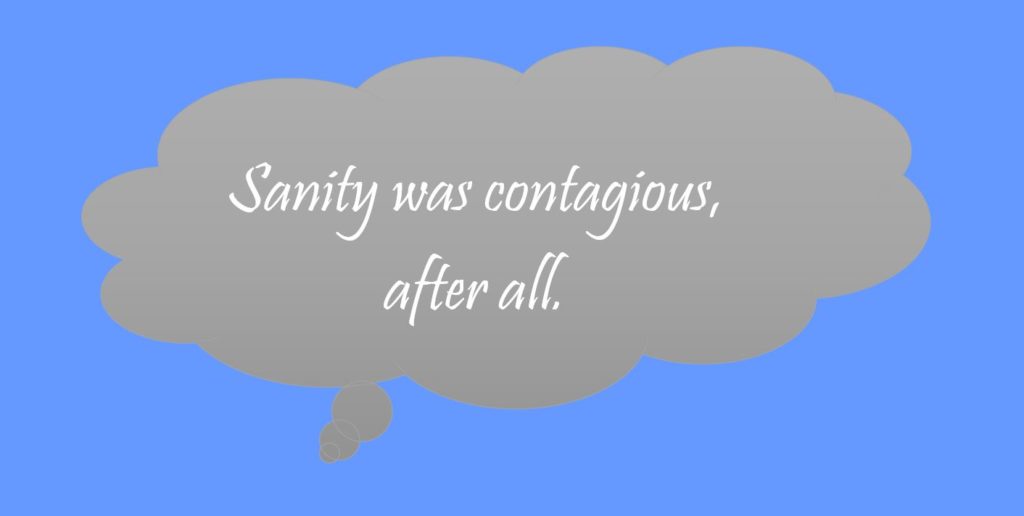 I live in North Carolina with my husband and two dogs. I’ve been writing since the first grade, where my teacher encouraged us to create our own books. During the course of the school year, I wrote and illustrated some 30+ books, a lot of which were about dinosaurs. I have an associate’s degree in accounting and have been working in it full-time for almost 15 years. A couple of years ago, I decided it was time to find a career that I loved and went back for my degree in English. I will be graduating with that in the spring. In the meantime, I try to write as much as I can and try to absorb all of the information and knowledge from books, blogs, articles, and videos about writing that I can. I’ve written 4 novels, none of which have been published yet, but I’m working on that.

Oh god – what I love to read! This is an extremely long list. If a book is well-written, has a strong voice, a unique plot, memorable characters, then you can count me in! I love Han Nolen, Sarah Dessen, Tony Abbott, and Virginia Euwer Wolff, just to name a few. I don’t read a lot of fantasy novels but that doesn’t mean I’m not open to them. If it’s unique, then I’m willing to give it a try.

I hate graphic violence against animals or anyone else. It’s one of the quickest ways to make me put down a book. Then there are vampires and zombies. I’m so sick of both.

Ok, so maybe fifteen-year-old Kayla isn’t actually Reggie’s girlfriend – yet – but one day, after she turns 18, she will be. Reggie needs to be perfect boyfriend material by then.

Unfortunately, it’s looking more and more like that day will never come. A couple of weeks ago, his ear started buzzing. Now, Reggie’s convinced that the only way to make it stop is to blow up some cell phone towers. Seriously? Doesn’t he know that if they do, they’ll get caught and will never be boyfriend and girlfriend?

Damn it. Kayla needs to tell an adult what’s going on before it’s too late. But before she can, she finds out her mom is having an affair. An affair that her dad thinks she’s helping cover up. Right. Because that’s something Kayla would do.

Now, not only does Kayla have to deal with all the crap that goes along with being a biracial teen, but she also has to get her mom to end her affair. She has to stop her dad from moving out. And oh yeah, somehow stop Reggie from committing a felony.

“I miss doing stuff like that,” Reggie said, staring at the TV, watching the credits roll. I cut my eyes at him from my perch on the couch. His legs shook with anxious energy, his feet pounding out a melody. Bright red blotches creeped up his neck, like he’d broken out in a rash from the excitement.

I pursed my lips, suppressing the urge to say something smart. It was always the same old story with him. Whenever we watched a spy movie or something, he acted like he used to be James Bond. Like it was him fighting off the bad guys that needed more money or power or whatever. Like it was him that had to rescue the pretty girl. Like he was the one that’d won her heart at the end, like she was a lottery prize.

Biting my tongue more than any girlfriend should have to, I picked a piece of lint off my pants and said, “I know.” We’d had this conversation a million times now and it never got any easier – only older. Anytime we watched or did something that reminded Reggie of his pretend former life, he acted like this. Honestly, my patience had about run out.

“So, what’s stopping you from going back to doing stuff like that?” I asked.

Reggie finally looked at me, sneering. His feet stopped moving. “You really don’t understand,” he said. Like his fantasies were real or something.

I hated when he got like this; this whole act really was getting old. My fists clenched at my sides. Calm down, I told myself. But it was too late. I was tired of playing this stupid game with this stupid man. “How can I understand when you refuse to tell me what happened?” I shouted.