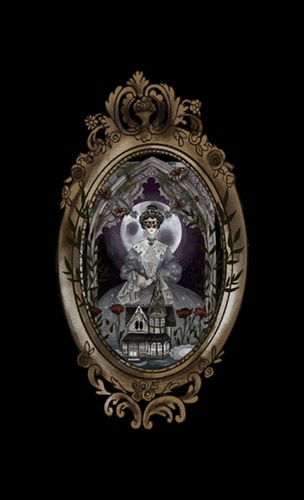 Hi, my name is Lexi, and I am a photography student who also loves to write middle grade.

I have been working on a magical fantasy LGBTQ+ middle-grade series and am currently working on the first 20,000-word book.

I love writing in the Victorian and Gothic Era’s, making surrealist worlds, and including characters and situations that bring awareness to mental health and the LGBTQ+ community.

The book I am working on now is called, “The Estranged Journey to Darling Morgue & Manor” and a rough starting synopsis is,

“After suffering the loss of her mother, young mortician Imogen Luce, finds a letter at her funeral revealing mysterious hints as to how her mother died and the life she had kept hidden from her. In the letter, her mother tells her to go to Darling Morgue & Manor, which she later learns is owned by the most infamous serial killer in Estranged history, Beatrice LaBue, a proud lesbian – and, now noted, hidden stepmother of Imogen Luce.

Imogen Luce must choose to go into the unknown and expose herself to possible danger – entering The Garden Maze of Memento Mori’s, The March of Mourning Dolls, and The Pond of Poisonous Spirits to get to Darling Morgue & Manor – to fulfill her mother’s last request or if she chooses to ignore and continue to live face her mother’s secrets knowing that the consequence could put her mother’s spirit and other’s in danger.”

What I like to do outside of writing: fine art surrealism photography, antiquing/thrifting, baking, and watching films (documentaries, period films, true crime, gothic, and animated films).

I am looking for someone preferably in the USA for timezone reasons and someone who is also writing a middle grade magical/horror/fantasy book.

I love all gothic and horror books and short stories. Think The Yellow Wallpaper, Goosebumps, The Haunting of Hill House, and Frankenstein.

I would love recommendations for middle grade magical, horror, gothic, or victorian books.