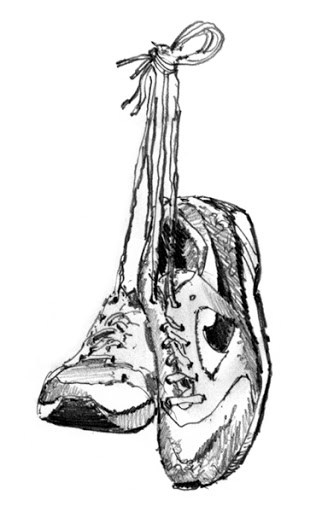 Hi! I am a high school librarian and former English teacher. I have recently “finished” my second middle grade novel. My first MG novel helped me find my agent but we have not had luck finding a publisher. Looking for a fellow MG writer to critique my new book.

I love books that are fun but also tug at the ole heartstrings. I mostly read contemporary, realistic works, but sometimes enjoy a good adventure story.

Thirteen-year-old Marlo’s main goal in life is kicking butt on her cross country team and righting the world’s wrongs, usually butting heads with the school’s buffoon principal. She is devastated when her archnemesis joins the team and her best friend, Indi, inexplicably quits. When she learns that Indi’s mom has been diagnosed with breast cancer, Marlo throws all her energy into being a supportive– sometimes smothering and sometimes misguided–best friend, all while trying to reach the State Championship in cross country.

Behind Principal Leary’s closed door, Cody McCue was weaving a tale as sticky as a spider’s web. He could call girls names and never got more than a “Boys will be boys” phone call to his parents. Boys could act like fools because no one expected them to act better than the lowest common denominator. But no one ever said: “Girls will be girls!” We were automatically expected to behave. To know better.

I sank my head against the wall. Mrs. Plimpett, the school secretary, sat behind her desk clicking the top of her pen like the countdown to a bomb. Each day she whipped her hair into a poufy twist like the spiral of a frozen yogurt cone and then sprayed it with so much hairspray little dust floofs would settle on top. Mrs. Plimpett looked at students the way I looked at sweet pickles: with complete disdain.

“It’s second period on the first day of school,” she said, in her signature husky voice that generations of kids had imitated. The air around her smelled like vanilla body spray and Xerox copies. “Isn’t it a little early in the school year for you to start poking around here, Marlo?”

“Didn’t you miss me over the summer?” I asked.

“No,” she said, and skewered the pen into her hair.

I was no stranger to Principal Leary’s office. Maybe I had my mother’s persuasive instincts. As a lawyer for the Legal Aid Society, she fought daily for people who were in terrible situations and couldn’t afford lawyers. In my own way, I picked up her drive to fight for what I thought was right, like my petition to protest the boys’ basketball team using the school bus for the tournament but not the girls. And my efforts along with my best friend Indi to eliminate plastic utensils from the cafeteria, as well as to start a compost bin to nourish the school’s butterfly garden. I liked to think of myself as an itch Leary couldn’t scratch.

However, this time I was called for two counts of misbehavior. The first one, I didn’t do.

The second, I’d do again in a heartbeat.

I have two YA manuscripts in a drawer, or rather, two folders on my laptop desktop. I have one MG novel that has been out on submissions with my agent. I have recently finished my latest MG novel and plan to continue writing MG in the future.