My Mother Road is contemporary YA w/ a strong female protagonist set against a backdrop of Rt 66 in the mid 80s
Hello! My name is
Phyllis York
Young Adult
Contemporary Recent Past 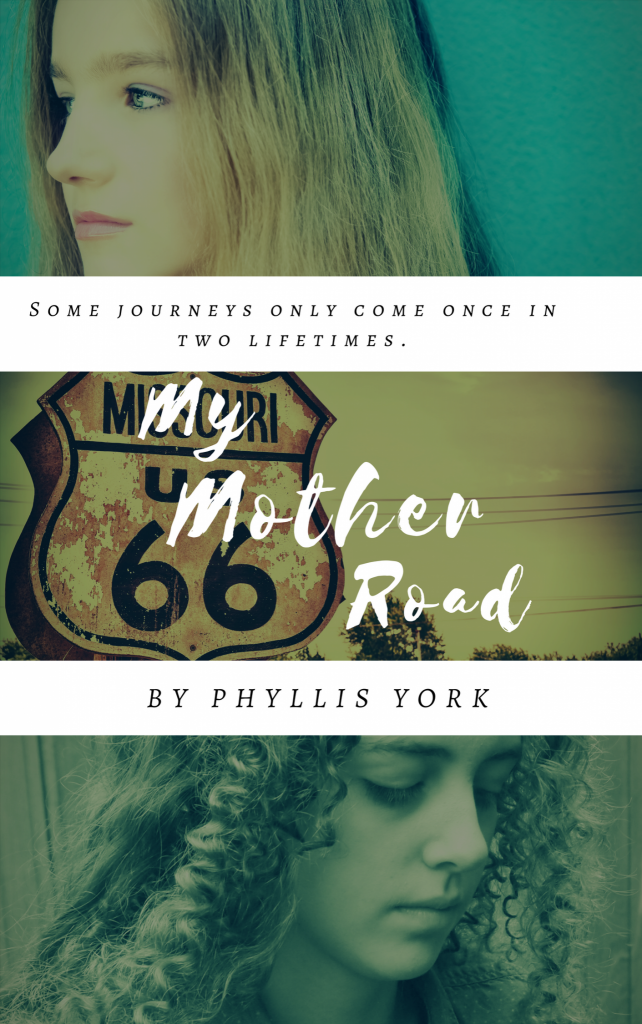 Phyllis York is an author, blogger, and unapologetic fan girl. She lives in the Ozarks, but loves traveling – especially on Route 66. York is a four time winner of NaNoWriMo, and the author of many novels, articles, and Yelp reviews. She is currently querying agents and writing her next novel.

I love to read character driven stories. Give me complicated emotions, forbidden romances, and heartbreaking consequences.

I don’t want to read stories of child, torture, or abuse.

Matilda Banks hadn’t realized the scope of the loss she and her family had suffered. Her mother had disappeared when she was an infant, never returning from a journey in 1967 to scatter Tildy’s father’s ashes along Route 66 after he died in Vietnam. On her seventeenth birthday, Tildy receives a box of letters written by her mother during her trip, and Tildy feels an emptiness she never before had acknowledged. Now determined to follow her mother’s path across Route 66 — also known as the Mother Road — Matilda embarks on a quest that will change everything she believes. Will she find her mother, or will she lose herself along the way? Find out in My Mother Road — because some journeys only happen once in two lifetimes.

When she was five years old Matilda heard a stranger ask her grandma if the police had ever found her daughter, Annette, Tildy’s mother.

It had never occurred to Matilda that the police, or anyone for that matter, were looking for her mother, who, to her, was just a picture hanging on the wall in the hallway. The picture, in a fake wood-grain plastic frame and bracketed by matching sconces, served as an altar to the mother she never knew. There were other pictures of her mother around the house, but the older Tildy got, the more of them disappeared into a drawer or album.

Annette was barely mentioned in her grandparents’ small farmhouse, at least not while Matilda was around. The opposite was true when Tildy visited her paternal grandparents. Their walls were covered in pictures of her father. The flag from his coffin sat in a glass case on the coffee table. Beside that was a picture of him in his Army uniform. There were no pictures of him holding Matilda, because he’d died in Vietnam a few weeks before she was born. Mark’s parents told Tildy consistently, and assuredly, that her daddy, Mark, would have adored her.
Once Matilda started school in the small factory town of Lebanon, Missouri, kids asked about her parents, and she would just shrug. The only thing she knew about them for sure was that her father died fighting communism so she could be safe, and that her mom was never the same after that.

I’ve written seven complete novels, including a trilogy that I self-published. My to-be-written file includes a few middle grade fiction, and dozens of young adult novels. I’ve written fantasy and paranormal before, but the next three projects that I am writing are realistic contemporary fiction.