On an island where only some women are Gifted, Luren, weaver and Gift giver, must find a way to unravel it all to save her love.

On an island where only some women are Gifted, Luren, weaver and Gift giver, must find a way to unravel it all to save her love.
Hello! My name is
Crystal
Young Adult
Fantasy Magical Realism/Fabulism Paranormal/Mythology/Fairy Tales 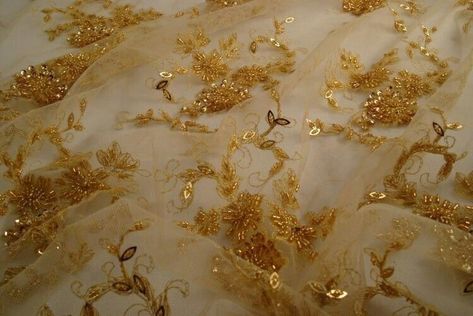 Hi! I write YA and Adult fantasy, and have even written one terrible historical fiction novel. I have four kids and a large dog, I love to run and embroider (badly) a hobby I picked up while researching for my current YA fantasy. I love to swear so if you have a mouthy MC, I want to see it!

I love books that transport me, that can make me root for the characters, bad decisions and all, and that make me fall in love. I prefer fantasy or historical, but some romance in the book is a must.

Luren, of course, knows better. She has been training to dive for sea silk her whole life. It’s a secret passed between the Wake women for centuries, to harvest the silk every full moon, weave it into a magical tapestry and Gift it to a woman of Istelia Isle. A life for the Gift – that was the cost, and the curse.

With her grandmatri gone, given to the sea, it’s finally Luren’s turn to prepare the Gift. But she has grown increasingly enraged over the harsh treatment of the ungifted, a condition her family has been partially responsible for, spanning more than two hundred years.

When her dreams reveal this year’s Gift is going to her former best friend Palma, Luren is devastated. If Palma receives the Gift, it’s likely Luren’s childhood love Slate will choose to submit to her, ensuring prosperity for his family for generations.

But Luren’s family secret is a curse she can’t fight. When her brother is sent to prison by the Order, Palma receiving the Gift may be the only way to free him. Even if it means Slate will choose a Gifted over her, losing the love of her life.

When two hundred years of weavings wind up on her doorstep and Dela-Bex, a mysterious stranger who claims to be from a mythical race of Syedrygons, enters her life with tales of a world poisoned by magical greed, she begins to question everything she’s been told about the Gift.

With her new friend by her side, Luren races against the moon to find the secrets of the sea silk and break the curse, freeing her brother and ending the magical division on her island. If she fails, it could destroy Dela-Bex’s homeland and cost her her life.

Luren curled her toes around the cool edge of the rock face, her rage building as the wind blasted her. She was no amateur, she had been training for this night since she was five – her hair was tightly braided, her leather belt was snug around her waist, her dagger and pouch secured. One hundred feet below, the white capped waves of the Sarghosa sea roared against the cliff face, the salty mist coating her skin as she scanned the cove for her prey. The wind was wilder than it had been a few hours before, it wailed as she teetered on the edge, poised to fly.

The full fucking moon and the curse that came with it couldn’t give her a break. What was wrong with gifting her a nice calm evening to dive? If she couldn’t have the Gift for herself, fair weather didn’t seem too much to ask.

Always the wind pushing, urging her on. Let it take you, her grandmatri Hervana would shout from her perch fifty feet below, always watching, coaching. Tonight the perch was silent.

Luren continued scouring the wild, dark waves as her hand grazed the dagger tucked into her belt, its leather hilt worn soft from decades of use. Her heart twisted inside her like a tornado as the wind blasted. Stop this. But she could no sooner stop the curse that her own beating heart. It was her birthright and her burden, all for the benefit of others. Her eyes lighted on her prize, the shimmer of the Maristela Salax twinkled beneath the waves, its phosphorescent blue eyes shone bright from the depths, like blinding blue crystals. Kill it, a voice roared inside her head and before she could push back against the seething desire to kill, she dove. Her body craved carnage as she shot towards the blue light. The internal rage was familiar, she’d been angry since her matri abandoned her at ten. The desire was new.

I have written one dystopian fiction, one historical fiction, and one fantasy (listed here) and am working on my second fantasy novel and am about 2/3 of the way finished my first draft. I seem to prefer both reading and writing fantasy and get lost in the worlds.