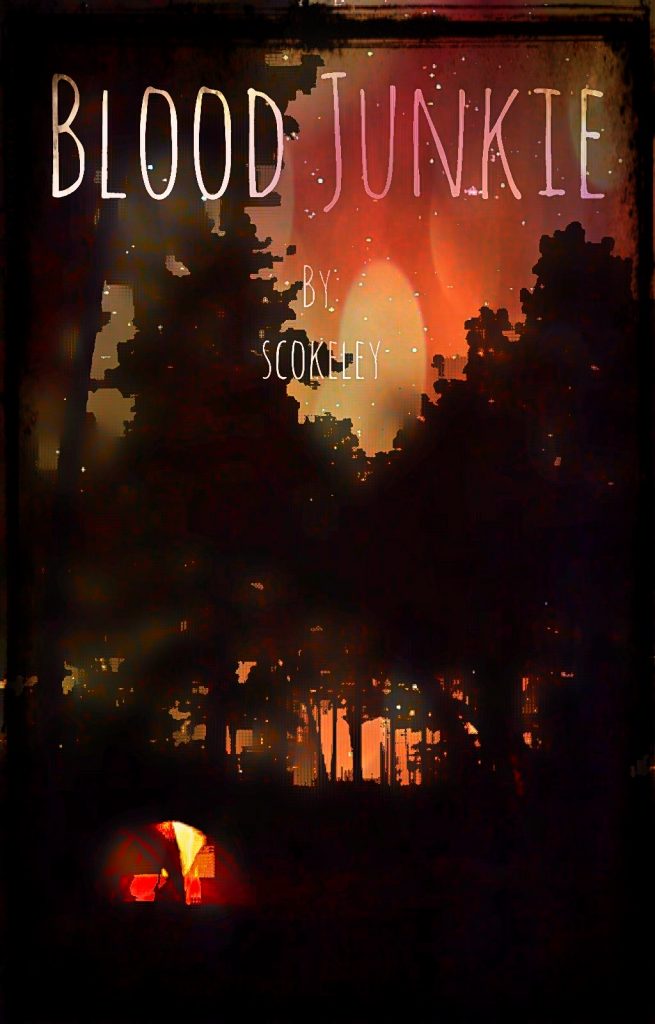 I’m Sam and I’m currently writing a fantasy novel. My novel is centered around friendship and vampires. I love writing for myself and I wanted to write something a little different in the vampire genre. I’m very new to all of this. I need help with all the things!

Non writing hobbies and interests: I have the cutest pug names Kylo. I’m a big planner so I spend time doodling in my bullet journal. I’m very goal oriented!

I love to sweet romances and great characters! If the character are good, I can stick through a plot or genre I’m not as interested in.

Unfortnately, I’m not a big on sci-fi person.

So, I guess here I am. Prowling through these stupid trees in this stupid forest. Prowling? I guess I could call it that…I guess I could say stalking but I hate that word.

Every ounce of my body yearned to turn around.

This feels like some scary movie.  Only IM the scary one… I’M the bad guy who runs around hacking people up with a knife.

I sighed under my breath as my legs pushed me farther into the trees.

Ugh, if only I could just turn around and pretend this never happened …but I don’t live in fancy, fantasy novel.There is no awesome alternate reality where this just goes away.

As I moved through the trees, it became more apparent that freedom would never happen.

My feet were fixed on a destined path. It would be impossible to move from it even if I wanted to.

Up ahead, I could see the flicker of a fire. It bounced and danced between the trees.

Oh hell. I just want to go back. God, get me out of here.

My body moved forward despite my heart screaming to turn around. I was almost close enough to see. I moved my hands in and out nervously. Butterflies circled around in my stomach.

She sat on a rock overlooking the cliff in the distance. I couldn’t make out much..other than the way the fire seemed to light up her auburn hair.

I hate this. Vampires can still feel like this? What’s the point of being one then.

My brothers told me she was up here, but I was hoping she had decided to leave.

Who camps alone? This is exactly the kind of thing that can happen.

I let my shaky hands brush the tree beside me. I watched her, as I took baby steps closer.

If I could breath, I’d definitely be high ventilating