YA fantasy about magic, death, kidnapping and flesh-thirsting sirens 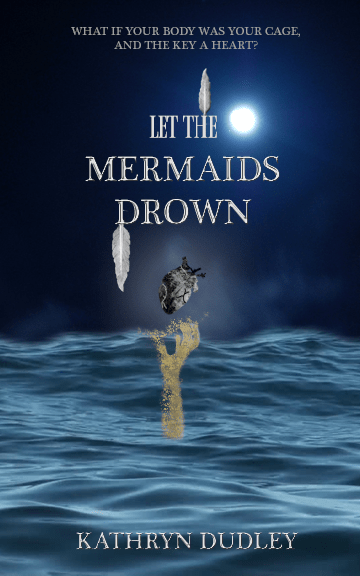 I write YA fantasy because those are the books I love to read. My collection consists of around 400 books and that’s after a clean-out. My favourite writers are Tomi Adeyemi, Julie C. Dao, Stephanie Garber, Kristen Cicarelli, Sabaa Tahir and Jodi Meadows.

Apart from writing, I paint (watercolour and oil). Some of my favourite things to paint are faces, animals, fantastical creatures and seascapes. I also horse ride a lot.

As well as this, I am obsessed with science, although that doesn’t show much in my work. It does, however, appear in my reading tastes in which I adore sci-fi and fantasy.

I love to see dragons, witches and generally fantasy creatures. I have a weakness for clans and tribes and religions set in fantasy worlds. I also love fantasies set in a historical period.

I love #MeToo books and strong, female characters. Assassins are always welcome as well as antiheroes.

Aspen can still remember the first time she ate and stole from a god. And now she’s about to become that god.

Then her father drags her away the night before, forcing her to make a heart. He claims he will bring back a god greater than she’d be, but in doing so, sabotages her chances of becoming one. Humiliated, Aspen is kidnapped by Galen, a man possessing her best friend who went missing years ago.

He chains her to a cliff, demanding she release her second heart so he can rebuild his body instead of possessing his victims’ bodies. But he’s not the only one who wants the heart. Sirens who dream of becoming fully-skinned mermaids lurk in the waters below and Galen’s pact with them won’t keep her safe.

The deal’s simple. The handcuffs holding her to the cliff get looser each day, bringing her closer to falling. She can give him what he wants and die fast or refuse or end up in pieces on the ocean floor. Either way, Galen will get his heart and the sirens will get their skin.

Aspen could still remember the first time she stole from a god. Right after eating it.

It had stood right in front of her, it’s body a mass of crow feathers that formed the rough shape of a body, albeit a decapitated one.

Her jaw shook too much, and Mama had to prise it open for her. When it was fully ajar, the crow-god leapt forward with an arrogant sense of practise and swam down her neck.

She could still recall how it felt, that first time, to have crow feathers trickle down her throat. It stung and made her want to choke, but Mama slammed her jaw shut so she couldn’t.

Pressing a finger to her lips, she said, “Be quiet now, little one.”

Within a minute, the harsh, cold feeling ascended to her head. Tears welled in her eyes, she moved to wipe them away. Once again, Mama held her back. Her father sneered at the two of them, his eyes still black from crying the crow-god. His gaze never left them.

As her eyes dried, she pulled a single crow feather from her tears. She hid it in her palm, hoping her father didn’t notice.

That had been the first time she ate, cried and stole from a god.

Today would be her last.

I have two other YA fantasies in progress and I do dabble in MG but none of those projects are serious.

This book may have a sequel if it gets published, but in the future I would like to write more fantasy standalones and fantasy books set in a historical period.