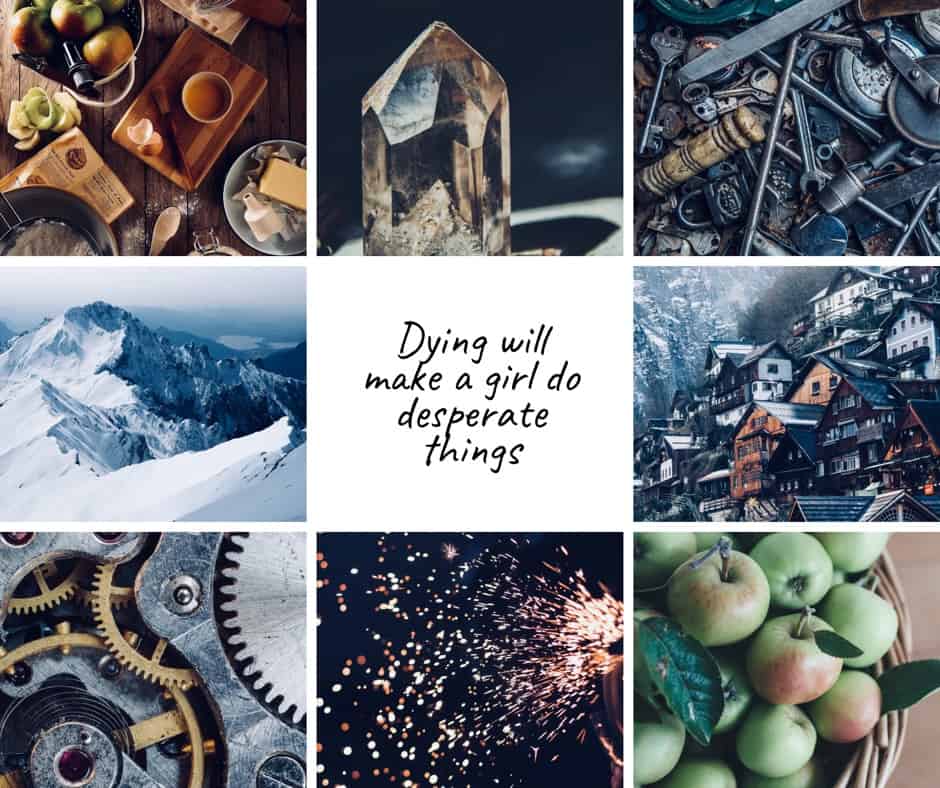 Hi, I’m Emily from Western Australia. I write YA fantasy and science fiction. When I’m not writing, I enjoy gaming, crocheting bookstagramming and watching writing/book related videos on YouTube.

I’ve recently decided to experiment with rewriting my book in first person and was hoping to get some feedback on the new version. I also really enjoy reading for other writers 🙂

All types of fantasy and science fiction. I also enjoy historical YA and geeky/cute contemporary YA.

Australia
Around the Web
About the Work In Progress
Details About/Query First Page
Working Title
Soulspinner
Age Category
Young Adult
Genres
Fantasy
Type of Project
Novel/Novella
Seeking Critique Styles & Strengths
Editorial Letter
Sandwich Critique
Whole MS Reads
Big Picture
Characters
Interiority
About the WIP (Query)
Seventeen-year-old Hazel Vaughn is good at fixing problems—a broken engine, a malfunctioning robot—but the soul plague that will kill her in a matter of days is a different story. The prestigious Alchemical Institute has the cure, except Hazel can’t get in without an alchemist’s money or fancy education. Hazel intends to survive. Even if it means stealing an alchemist’s identity.
Aldrin Stross’s late grandfather created the soul plague, or so rumor says, and if anyone discovered the illegal alchemy buried deep in his luggage those rumors would gain weight. No matter, Aldrin will prove them all wrong. But his plans are derailed when a girl steals his luggage and enters the Institute as “Ali Stross”. Reporting the theft would lead straight to his grandfather’s illegal alchemy—and a death sentence. So he spies on the thief by snagging a job in the Institute kitchens, although he’s never cooked a day in his life.
Hazel soon realizes Aldrin is far from the clueless country lordling she expected. His illegal alchemy could hold the key to the cure. But when the soul plague strikes the Institute for the first time in twenty years, the religious authorities arrive in full force to eliminate any trace of illegal alchemy—or illegal alchemists. Hazel and Aldrin must work together to protect the cure before the plague consumes the souls of thousands, starting with Hazel’s.
First Page

I pace the Nerrum skyport, scanning every passenger for the perfect combination of wealth, arrogance, and pretentiousness. The traits of a typical alchemist. A group of tourists—too poor—followed by a weather-beaten trader—too savvy—disembark from a newly arrived skylift cabin, each skirting around a cloud of spirit matter drifting over the platform.

My pulse leaps. A few days ago, my eyes would have slid over the spectral remains of a soul plague victim with little more than fleeting pity for the person who’d lost their life to the plague. Now, every one of my careless thoughts weighs in the pit of my stomach. I can’t ignore the plague anymore. The sickness will soon progress to its final stage and my soul will shine around me, until it slips free in a glimmering cloud, leaving me an empty, lifeless husk.

I crack my knuckles as more unsuitable passengers leave the skylift. I won’t die like that. There’s still time to get into the Nerrum Alchemical Institute and find the alchemists’ cure.

A lordling dressed in fur and a haughty stare steps out of the skylift, his boots plunging into the wisp of spirit matter. He freezes as the particles dissipate around him, eyes wide, hand clasping at the collar of his coat until another passenger shoves him out of the way.

I cough to relieve a sharp ache in my chest. The careless, country lordling trod on that poor soul like it was dirt beneath his shiny boots. That won’t happen to me.