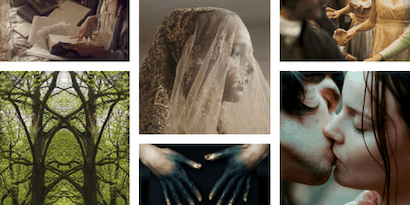 I grew up dreaming of become either an astronaut or a ballerina and ended up with a degree in Art History from the University of Utah. Writing stories never occurred to me until after the birth of my first child when my life-long love of reading developed into a passion for storytelling.

I teach preschool three days a week, make quilts sometimes, and help my husband renovate our house once in a while while raising two sons.

I’m ready to query my YA Queen Esther retelling, The Stars Within, but I’m trying to cut my word count and would love a second eye on plot holes & pacing. It is in need of a CP willing to read the entire ms.

Books I love include…

The Raven Cycle by Maggie Stiefvater

Strange the Dreamer by Laini Taylor

Sorcery of Thorns by Margaret Rogerson

A Discovery of Witches by Deborah Harkness

We Hunt the Flame by Hafsah Faizal

Seventeen-year-old Alis is a Summoner orphan raised by her cousin as Emberian. She’s hiding the truth of her heritage so she can be spared the second-class treatment her people have endured since the Emberians overthrew them. After their defeat, Summoners not only lost their status but also—mysteriously—their magic.

Fueled by compassion for her people and guilt for not being treated like one of them, Alis researches an ancient spell that might reignite Summoner magic. But it has to be attempted in an old Summoner hall that is only being opened for the 18-year old Emberian king’s coronation. So Alis sneaks in and attempts the spell.

But her betrothal only complicates her attempts to heal her kingdom as she entangles herself in the Summoner rebellion, her research on magic reveals truths better left hidden, and she develops unexpected feelings for the Emberian king.

Empowering her people and healing her kingdom will require Alis to make a sacrifice: her secret, her love, or her life.

THE STARS WITHIN is a 106,000 word YA fantasy. This Queen Esther retelling will appeal to fans of Zoraida Córdova’s Incendiary for its palace intrigue and romance. It echoes the dual magic system of Emily A. Duncan’s Wicked Saints.

I have workshopped THE STARS WITHIN with several authors at the Writing Barn in Austin, Texas including Matt de la Peña, A.M. Jenkins, and Kristen-Paige Madonia. I wrote another YA speculative novel, THE FLYING MACHINE, which was a top ten finalist for the 2018 Helen Sheehan YA Book Prize from Elephant Rock Books.

They say the king—crowned only hours ago—is already looking for a queen. Every eligible girl attending the coronation ball tonight is dressed to attract. Or at least to stand out. If I stand out, it’s for the wrong reasons. My borrowed dress is a few seasons out of fashion, a little loose in places, too tight in others. It’s shade drab among the garden of brightly colored gowns.

My lip curls at the thought of attracting favor with the prejudiced young king. No, I came in search of magic.

Light and music stream out of the Assembly Hall. Someone nearby plays a flute and, farther away, a viol offers a dancing tune. Tonight’s celebration is spilling out into the square as the evening star makes its appearance in the gray sky. The coronation ball promises to be dazzling.

Night moths flutter in my belly, but not in anticipation for the ball. I press a hand to my bodice just firm enough to feel the crush of parchment hidden there. Copied from a journal centuries old, it contains the closest thing I’ve ever found to an actual Summoner spell. And tonight I have the chance to try it.

If this foul guard would just let me pass.

A dozen Royal Guards line the base of the stairs as a barrier to check for Summoner piercings before letting anyone enter the Hall. The air feels thick with the press of bodies, and this guard stinks of the sausages sold for a coin on the streets, of garlic and grease. His eyes slip down the length of my gray dress.

I don’t care about his silent judgment of my clothes but I do watch his eyes narrow as they take in my face. I can practically see him wonder who among my ancestors gave me such black hair and isn’t my skin is a shade too dark for an Emberian?

I like to write YA novels that have some kind of speculative element. I have also finished a YA speculative historical inspired by Anne of Green Gables & the Wright brother’s invention of flight called The Flying Machine. I’m currently plotting out my next novel, a YA sci-fi about a group of teens stranded on a space ship with no memory of how they got there.