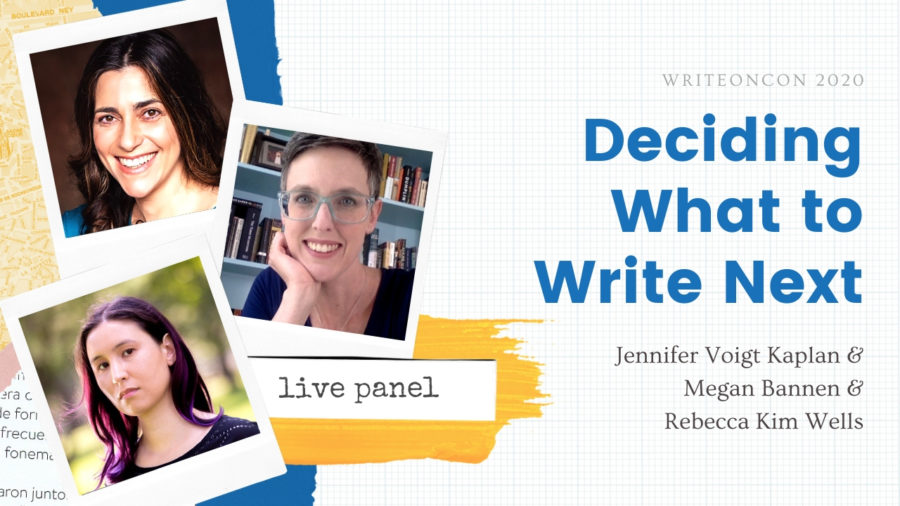 LIVE: Deciding What to Write Next

I have been in a writing slump for a few months and am trying to choose between three genres for my next project: fantasy, contemporary, or science-fiction (all YA). I have vague ideas for each potential project, but nothing that I’m super excited about. Do you have any ideas for fun brainstorming activities to re-ignite excitement for writing? I’m a pantser, so I kind of dread brainstorming/outlining, but that’s the stage I’m in.

How do you decide between multiple ideas that you’re equally excited about? I have a few different ideas for my next project, all of which are in the “vaguely outlined, but need deeper thinking” stage. Is it worth the extra effort to fully outline each and then choose, or is it better to pick one and stick with it early on? Thanks!

How do you deal with wanting to write the new thing but also needing to do revisions on the old thing?

Many thanks for this.

Book Fairs can also lead to inspiration for new projects – particularly non-fiction. Before arriving at a major fair, most publishing people will already have booked a full week of half-hour appointments. ‘Gate-keepers’ on some stands only allow entry to those with appointments – but there are plenty of other publishers. Visiting the Bologna and London Book Fairs in 2010, I actually found it quite easy to meet and talk to publishers.

After initially spying from afar, as soon as an appointment finished and the next person had not yet arrived at a stand without a gatekeeper, I casually walked up to the shelves to look at the books on display. Not knowing if I was a publisher or agent, I was often asked what I was looking at, and why. My line was usually, “I’m an Australian author and occasional illustrator, and I’m looking to see if you have any titles that are likely to compete with my new book about to be released, and also to see if there are any gaps in your list that I might be able to fill.” While they were intrigued to find if my forthcoming book would compete with any of theirs, I found so many opportunities this way, I think any unpublished writer may have success if they describe their interests.

I write about papercrafts, taught science and art in schools, and have been trained as an ecologist. I came away with names of people at about 10 large publishers who wanted me to send proposals for books on lettering, decorative borders, the sea shore, fungi, cute furry animals, and more. The bonus is that by looking at each publisher’s books, it’s possible to see their house style, particularly for series. While some stands at fairs are manned by sales people, many have powerful people present, such as the Associate Publisher, Managing Director, or even the company founder. One publisher was desperate to find someone who could write a book of recipes that children could make. There are dozens of such recipe books already published, but this business didn’t have one in their catalogue. I was never asked if I had an agent, and could have taken my pick of several topics…but decided on ‘Calligraphy for Greetings Cards and Scrapbooking’ for GMC (UK).