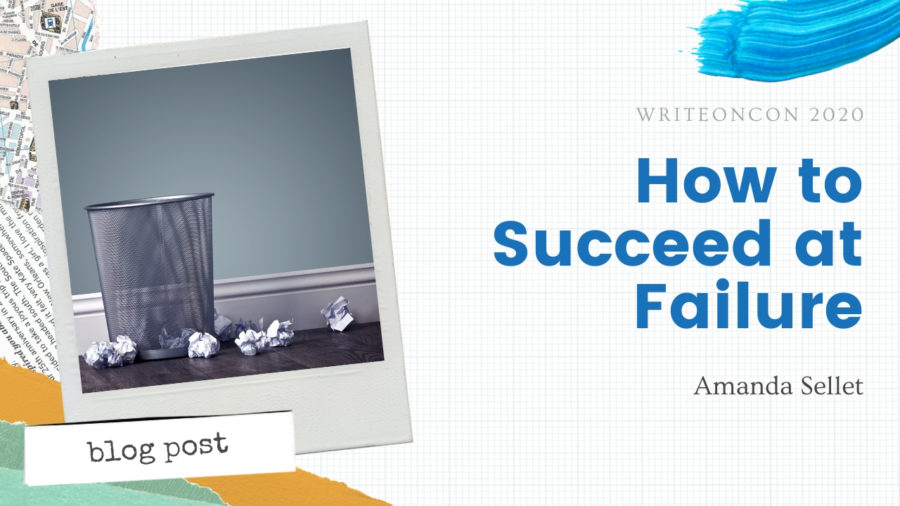 Keynote: How to Succeed at Failure

One of the first thoughts that I, a woman in my forties with a family of her own, had upon selling my debut novel was this: Finally Dad will have something interesting to say about me in the Christmas letter!

There are many small indignities that go hand-in-hand with not being an overnight success. The first time I went on submission, my daughter had just started preschool. By the time my book sold, she was old enough to read drafts and give cogent feedback. During the long in-between years, I worried she didn’t know me as a professional, a working woman, a journalist whose picture used to appear next to her column in the newspaper. I worried other parents saw me as a shiftless housewife whom they judged for not scrapbooking and canning my own preserves in my “spare” time, or at least crunching my way to abs of steel. I worried the writers I knew — people whose careers weren’t stuck in PARK — thought I was a delusional dabbler who pretended to be writing but was actually a slightly less homicidal version of Jack Nicholson’s character in The Shining.

Such feelings will likely be familiar to anyone who’s gone through a waiting-and-wanting phase of life, when the rest of the world seems to be rocketing into the stratosphere while you languish in loser-dom. College acceptance! Romantic relationships! A real job! Owning a home! Starting a family! Book deal(s)! The problem isn’t that we begrudge other people their success or fantasize about stealing it from them via some creepy Talented Mr. Ripley scenario. It’s the little voice inside your head that whimpers, if only that could happen to me.

Because when it doesn’t happen, and doesn’t happen some more, it’s hard not to assume the blame. Why can’t I do this right? Pick the right story, tell it well enough, time it right for the marketplace, be the person everyone wants? I was desperate for that validation, for Someone Official to say, “Congratulations! That thing you wrote is, in fact, a book.” This despite the fact that I’d been writing professionally for years. Aha, said my brain, that means you can only do non-fiction. I should have started sooner, or taken classes, or been less uptight.

Although I would have blown a raspberry at anyone who told me so at the time, all of this — the delays and self-doubt and ritual humiliation — was excellent preparation for a career in publishing. Wherever you are on the writing journey, and whatever your chosen destination, here are a few reasons not to regret taking the scenic route.

This is where those of us who struggled at the outset have an advantage. The setbacks still hurt, but we know from experience that a single no isn’t a killing blow. One day we will write again — after we finish whining to our friends.

For authors, being inner-directed doesn’t mean you should ignore outside feedback. But do get used to performing regular gut checks, rather than letting the world tell you what’s what. What things do you know to be true? I have a bone-deep love of story. I am happier when I’m writing than when I’m not. I want to entertain people. Writing draws on the best parts of me. Insert your personal “why” here.

Look at the writers you admire. What is it about their work, career, or public persona you’d like to emulate? Ideally the answer will be more nuanced (and attainable) than “global celebrity and obscene wealth.”

Now I know what they had already discovered: you are the same person the day after selling a book you were the day before. Dishes still need to be done. Kids and pets get sick. Words don’t always jet off your fingertips like a dancing water fountain in Vegas. There is no stepping through the back of the wardrobe into Narnia, where suddenly everything is magical. We’re all stumbling through the dark, trying to find an open door.
Good people don’t forget the struggle. Nor do they assume it was their divine right to be published, as opposed to the product of work, emotional fortitude, and luck. And they’re happy to pay it forward. Because guess what?

So don’t forget to do your part. Send a congratulatory email. Show up for the launch party. RT your heart out. And yes, buy the book(s). You can be a valued member of the writing community long before you’re published.

Do you fantasize about how it will feel to finally get an agent, or sell a book? Go ahead and dream. Plan the party. Imagine the announcement in Publishers Marketplace. And then hold on to that tingly, breathless, pinch-me sensation. That way when the first thrill of having a contract wears off and you’re tempted to lose your mind about Amazon rankings and preorder campaigns and will-I-ever-sell-another-book, you can summon the memory of how desperately you wanted this. And sit for a moment in that deep joy. 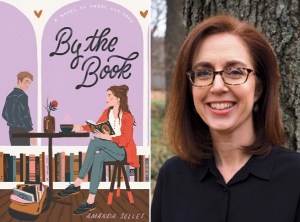 Amanda Sellet has strong opinions about books, movies, and baked goods, which led to a previous career as a professional critic. Now she channels that saltiness into YA novels about smart girls who still have a lot to learn. On the comedy/tragedy question, she is team comedy all the way.

I usually take notes to refer back to later. There was so much here that I printed the post to put on my bulletin board to read over and over and over again. You captured exactly the feelings I have been struggling with. Thank you for your very sage advice!

I loved (and related to) every word of this. Thank you for sharing!