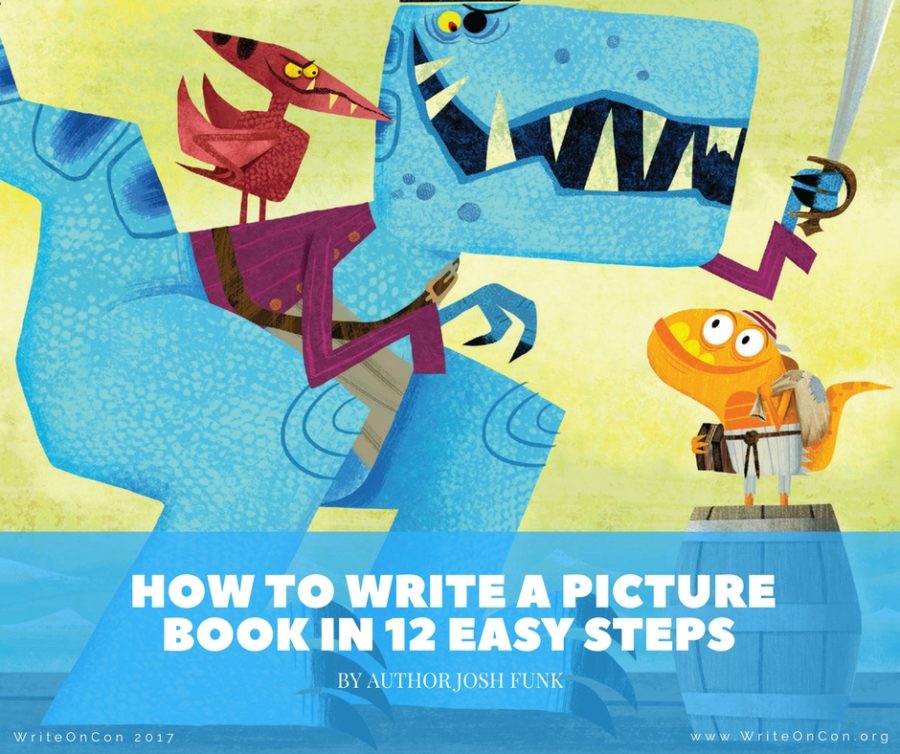 In the summer of 2011, I made a very important decision: I chose not to play fantasy football for the first time in well over a decade… and I started working on my first picture book manuscript.

I spent the next two years furiously writing and learning as much as I could about both the craft and the business of writing for children. I made many mistakes along the way, doing my best to learn from them — and to be honest, I’m still learning lots every day… and every step of the way. But today I thought I’d share a condensed version of what I’d learned in those first two years (for further details, feel free to peruse the Resources for Writers pages on my website).

Congratulations! You did it! You wrote the first draft of that first book! That’s a huge accomplishment! Let me share some links that I think are helpful starting points. The Society of Children’s Book Writers and Illustrators (SCBWI) will help you find workshops, critique groups, conferences, retreats, and more. The Children’s Writer’s and Illustrator’s Market is packed with information. Do you know what a query letter is? AgentQuery.com can explain. And just for kicks, read Delilah S. Dawon’s 25 Steps to Being a Traditionally Published Author — it’s hilarious — and will show you what you’re (hopefully) in for.

In 2011, the first thing I heard was that 750 word picture books were out, and the new maximum word count was 500 (I sheepishly hid my 1244 word draft). Since then I’ve heard some say to stay below 300 words. While fads certainly come and go and these word counts may fluctuate over time, the days of 3,000 word picture storybooks are over.

With so few words, how do you tell a compelling story with interesting characters, an exciting plot, a challenging conflict, and a satisfying resolution? Be economical. If you can express something in 10 words as opposed to 30, do it in 10. Some say not to use adverbs (I disagree, but use them sparingly). Whatever technique you use, make sure to tell your complete story. If it starts off too long, you can always trim it later in revisions.

Step #4: The illustrator is your partner

Picture book illustrators are immeasurably talented individuals. One way to keep your word count low is remember that the half (or more) of the story will be told through illustrations. If something is going to be clear in the art, there’s no reason to say it in the text. Use the illustrations to your advantage.

This paradigm applies to all types of writing, but it’s especially important for picture books. My best piece of advice is to avoid all forms of the verb ‘to be’ (is, was, are, were). If something is happening in your story, it’s likely going to be illustrated. Either leave it out, or describe it with a better verb. Do a quick Ctrl+F search for these words in your manuscript and revise. I promise you’ll see immediate improvements.

Similarly to the verb ‘to be,’ try to use more emotive and descriptive verbs. Rather than walk, try sneak or run or stomp. This is helpful to avoid the need for adverbs (‘he walked quickly’ becomes ‘he ran’) and also helps shrink word count.

The general picture book story arc goes as follows. In the opening, it’s important to clearly define the conflict within the first couple pages. Throughout the story, steadily increase the tension until it reaches a peak level where the main character is at the lowest of low points. Finally, she or he should succeed, preferably solving the problem on her or his own. And then the story should end… immediately. Except, for a possible wink to the reader, such as a little joke on the last page. Note that not all stories follow this exact trajectory, but many do.

This may seem strange coming from me because most of my books contain rhyming texts. But one thing I’ve definitely learned is that writing in rhyme is hard (not to mention that rhyme doesn’t translate into other languages, so you’re unlikely to have foreign sales). There are so many mistakes you can make when writing in rhyme (I’ve catalogued six types: Near Rhyme, Forced Rhyme, Regional Rhyme, Cliche Rhyme, Seussian Rhyme, Yoda Rhyme). Bottom line: if you can write your story in prose, do it.

Step #9: Rhyming is all about rhythm

I’ve sold a handful of picture books. But I’ve written dozens of first drafts. And sometimes those stories just fall flat. And that’s okay. Try joining Tara Lazar’s STORYSTORM in January (formerly Picture Book Idea Month). And know that some ideas will work… as long as you keep coming up with new ones.

Read. Lots and lots of picture books. Especially modern picture books. Find a critique group (or a few). Go to conferences. Visit my Resources for Writers page. If you’re in the Boston area, go to The Writers’ Loft. Or find a local writing community in your area. Find an online community. There’s no shortage of kidlit communities. And you’re likely to have fun doing it.

Write! Keep writing. And keep writing new things! Submit to agents. Submit to editors. Don’t just dip your feet in the water — dive in! And enjoy the journey!

Josh Funk writes silly stories and somehow tricks people into publishing them as picture books — such as LADY PANCAKE & SIR FRENCH TOAST and the forthcoming sequel THE CASE OF THE STINKY STENCH (out 5.2.17), as well as PIRASAURS!, DEAR DRAGON, and more. Josh is a board member of The Writers’ Loft in Sherborn, MA and the co-coordinator of the 2017 New England Regional SCBWI Conferences. Josh grew up in New England and studied Computer Science in school. Today, he still lives in New England and when not writing Java code or Python scripts, he drinks Java coffee and writes picture book manuscripts. Josh is terrible at writing bios, so please help fill in the blanks. Josh enjoys _______ during ________ and has always loved __________. He has played ____________ since age __ and his biggest fear in life is being eaten by a __________.