Amber Caravéo is the co-founder of Skylark Literary a boutique literary agency which specializes in the very best fiction for children and young adults. She is proud to represent a wide range of authors for young people, including Arianne Costner, Alyssa Hollingsworth and Amy Wilson. Until becoming a literary agent, Amber was the Editorial Director at Orion Children’s Books (part of Hachette) in the UK, where she was privileged to work with some of the best authors in Children’s and YA fiction, including Liz Kessler, Caroline Lawrence and Holly Black. Prior to that she was Senior Commissioning Editor for Random House Children’s Books UK where she worked with a plethora of SAS superhero authors such as Andy McNab, Chris Ryan and Bear Grylls, as well as developing fun and fantastic series for kids, including the series that spawned a World Book Day title, Gargoylz.

It all started when Amber went to work for Working Partners far too many years ago and realized that working creatively with authors to produce wonderful books for children was all she ever wanted to do! She was lucky enough to work on many magical and exciting series, including The Lady Grace Mysteries, My Sister the Vampire, Heartland, Vampire Beach and the million-copy-selling phenomenon, Rainbow Magic.
Now she seeks to find and support top-notch children’s and YA authors in the UK and US. 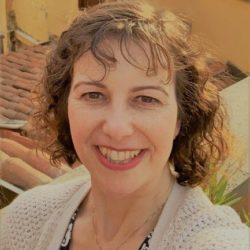