Originally from Texas, Ashley is a graduate from Coe College in Cedar Rapids, Iowa. She began her career in publishing at Writers House, and joined DeFiore and Company in 2014.

Ashley specializes in visual nonfiction of all kinds: cookbooks that introduce her to far off lands, wacky cocktails, or innovative perspectives on food; playful and commercial photography and art books (generally sourced from her Instagram feed @magicalmind.tarot); illustrated gift projects exploring the human experience; illustrated and guided journals. Ashley seeks mind/body/spirit projects that blend ‘woo woo’ and practical advice. She’d also love to see some pop psychology, narrative nonfiction, and just about anything that could be aptly described as “feminist” or “queer” (which also happen to be keywords from her old dating profile. Go figure).

She is also a self proclaimed witch, dying for projects that dance with: magic, tarot, the occult, crystals, medicinal plants and remedies, herbs/spells and Law of Attraction.

Ashley’s list has a sliver of fiction, generally tinged with social justice themes, spotlighting LGBT+ experiences and exploring the winding complexity of gender and sexuality. While not deconstructing the patriarchy with progressive literature, Ashley enjoys a pulpy commercial women’s fiction or romance novel, from time to time. She also loves most anything you’d find in a bookclub, especially literary fiction with a commercial bent. 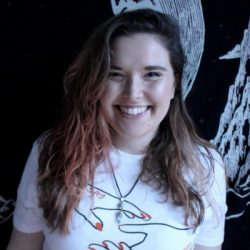