Deborah Hopkinson is the award-winning author of more than 50 books for young readers including picture books, historical fiction, and nonfiction. Her most recent awards include an Oregon Book award for Courage & Defiance, Stories of Spies, Saboteurs, and Survivors in World War II Denmark, the Green Earth Environmental Award for Follow the Moon Home, and the Jane Addams Peace Association Award for Steamboat School.

In 2018, she published a picture book, Ordinary, Extraordinary Jane Austen, and a work of nonfiction, D-Day: The World War II Invasion of Normandy that Changed History. She also joined six other authors in publishing a young adult historical fiction book entitled Fatal Throne: The Wives of Henry VIII Tell All.

Deborah’s 2019 books include How I Became a Spy: A Mystery of World War II London, Carter Reads the Newspaper, and Where is the Kremlin? 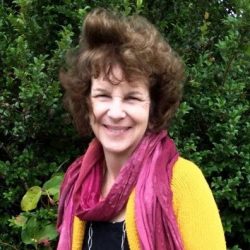