Jacob Sager Weinstein has written for The New Yorker, HBO, and the BBC, and he’s a former contributor to The Onion. He was nominated for two Writers Guild of America Awards, and won one. His books include Hyacinth and the Secrets Beneath; Lyric McKerrigan, Secret Librarian; and How to Remember Everything. His next picture book is Princess Unlimited, coming out this fall. He lives in London with his family. 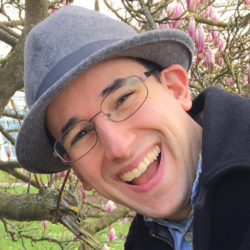