Jason’s love of reading and books began with all things Dungeons & Dragons, of course over pizza and Mountain Dew in his parents’ basement. He graduated with literature and writing degrees, respectively, from the Universities of Minnesota and Denver. Upon graduation, Jason spent twenty odd years working in television and online news, finally calling it quits after making a pregnant giraffe become YouTube’s second-most watched live video. When he’s not out and about with his wife and their fur babies — Anna and Gauge — Jason now also works part-time at his local library in western New York, where, among his other duties, he coordinates young adult book, art, writing, and RPG groups. 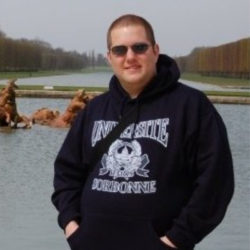