Jeff Zentner is the author of two New York Times Notable Books: The Serpent King and In the Wild Light, as well as Goodbye Days and Rayne & Delilah’s Midnite Matinee. Among other honors, he has won the ALA’s William C. Morris Award, the International Literacy Association Award, the Amelia Elizabeth Walden Award twice, and been longlisted twice for the Carnegie Medal. He’s a two-time Southern Book Prize finalist; and was a finalist for the Indies Choice Award. He was selected as a Publishers Weekly Flying Start and an Indies Introduce pick. His books have been translated into fifteen languages. Before becoming a writer, he was a musician who recorded with Iggy Pop, Nick Cave, and Debbie Harry. He lives in Nashville. 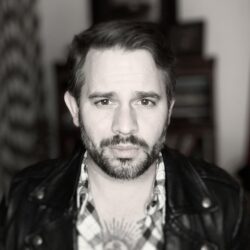