Jodi Kendall is a critically-acclaimed middle grade author. Her debut novel The Unlikely Story of a Pig in the City sold to HarperCollins Childrens Books, at auction, in a two-book deal, within three weeks of submission. Bulletin of the Center for Children’s Books said this novel “will appeal to fans who loved Applegate’s The One and Only Ivan” and Publisher’s Weekly wrote that it “echoes of Charlotte’s Web, Kendall’s sweet story of family, friendship, and growing pains should charm a broad range of readers.” It was also praised by the dads of famous Esther the Wonder Pig for its powerful lessons on family and animal welfare.

The sequel novel, Dog Days in the City, just published in Fall 2018, and both novels are on shelves wherever books are sold. Jodi is a former freelance wildlife journalist, with clients including Nat Geo Wild and the National Geographic Channel. She lives in New York City, holds an MFA from the University of Arizona, and is an advocate for several animal rescue non-profits around the country. 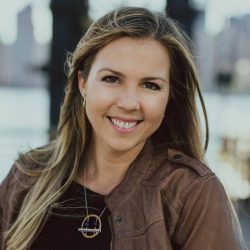