A professional editor and writer since 2002, Lenore Appelhans (she/her) is the author of numerous books for children and teens. Her debut picture book, CHICK-O-SAURUS REX was a Bank Street Best Children’s Book of the Year (2013), won a SCBWI Crystal Kite award, and was featured on boxes of Cheerios. Her debut young adult novel THE MEMORY OF AFTER was published in several languages and optioned for film by CBS. Her latest picture book is THE FAMILY BUSINESS (HarperCollins, 2022). She earned her MFA in Writing for Children and Young Adults from Vermont College of Fine Arts and resides in the DC area. 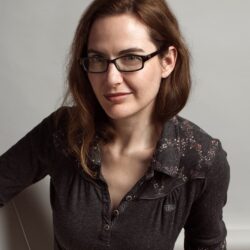