Lindsay Ward has a BFA in Illustration from Syracuse University. Her most recent books include It’s Show and Tell, Dexter! and Don’t Forget Dexter!, books 1 and 2 in the Dexter T. Rexter Series with Two Lions. She is also the author and illustrator of Brobarians (Two Lions, 2017), The Importance of Being 3 (Dial, 2016), Rosco vs. the Baby (S&S, 2016), Henry Finds His Word (Dial, 2015), a Choose to Read Ohio Book, When Blue Met Egg (Dial, 2012), and Please Bring Balloons (Dial, 2013), which was produced into a play by the New York City Children’s Theater in 2017. Her work has been reviewed in Kirkus Reviews, Publisher’s Weekly, and the New York Times.

Lindsay is currently working on a new original board book series, I Go!, with HarperCollins, due Summer 2019 and This Book Is Gray, a new picture book with Two Lions. She is the founder of Critter Lit, a free picture book manuscript and illustration critique service for up-and-coming authors and illustrators.

Lindsay lives in Peninsula, Ohio with her husband, author Frank Tupta, two sons, and dog. Visit her online at lindsaymward.com or follow her on Twitter @lindsaymward. 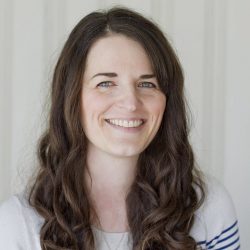