Margaret is the author of An Enchantment of Ravens which came out with Simon & Schuster in Fall 2017. Previously to being an author she was a marketing assistant, graphic designer, and freelance artist; and before that she was a cultural anthropology major at Miami University in Ohio, while also a canoe livery counter girl and amusement park employee. If you go back even further she’d have to tell you some harrowing tales about a half-feral child who ate worms, caught live bees, and bit people, so she’ll spare you the details.

When not writing Margaret can be found drawing, reading, gaming, making pudding, or creeping through the woods in search of toads and mushrooms. She enjoys collecting odd scarves and watch more documentaries than is socially acceptable (according to some). Currently she lives just north of Cincinnati, Ohio, but one day she would like to live next to a forest that gets darker at night than it should and makes strange noises during the witching hour. She enjoys all things weird and unsettling. You can visit her at www.margaretrogerson.com.

Margaret is represented by Sara Megibow of KT Literary. 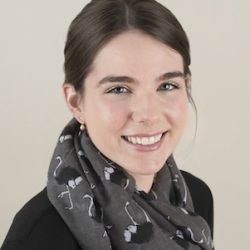