Pintip’s novel Forget Tomorrow won the 2016 RWA RITA® for Best First Book, and Seize Today won the 2018 RITA for Best Young Adult Romance. Her books have been translated into four languages, and they have been nominated for the following awards: the Grand Prix de l’Imaginaire; the Japanese Sakura Medal; the MASL Truman Award; the Tome Society It list; and the Romantic Times Reviewers’ Choice Award. Her other titles include Remember Yesterday, The Darkest Lie, Girl On The Verge, Star-Crossed, and Malice. 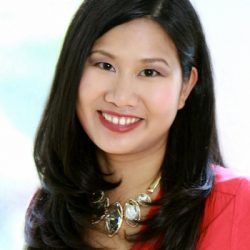