Sarah Driver was born on the Sussex coast and started writing as a small child. She graduated from the Bath Spa MA in Writing for Young People in 2015, after winning the 2014 United Agents prize for ‘most promising writer’. She is also a qualified nurse and midwife. Her debut novel, The Huntress: Sea, was her MA project and is the first in a fantasy-adventure trilogy for 8-12s published by Egmont. In March 2017 Sea was selected for Waterstone’s children’s book of the month, before official publication in April. Sky will be published in September 2017. 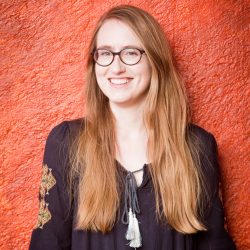