Shakirah Bourne is a Barbadian author, filmmaker, and lover of ripe mangoes. Josephine Against the Sea (Scholastic, July 2021) is her middle grade debut. She has written and produced four movies, including a comedy that she filmed during an earthquake and in a cave with bats. Her work has won numerous awards for its showcasing of local culture and use of dialect. She currently lives in Barbados, where she spends way too much time daydreaming and looking out at the sea. 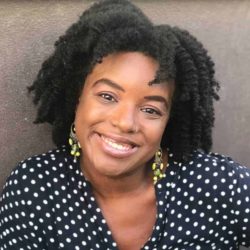