Tammi, a graduate of the University of New Hampshire, works with fourth grade writers at an elementary school and as a Connections program facilitator for the NH Humanities Council teaching new adult readers. She has lived and worked in New Hampshire, Maine and Germany, and has taught in a variety of nontraditional settings from preschool to prison.

In 2008, with NH poet Kyle Potvin, Tammi founded the non-profit The Prickly Pear Poetry Project: Processing the Cancer Experience Through Poetry. Children’s literature is a lifelong passion for her and she has several picture books ready for a publisher. She was editor of a new release of Lady Wentworth; A Poet’s Tale by Henry Longfellow (illustrated) (Bookbaby, 2013), and released her debut novel Broken Buckets, as an eBook the same year. She is a published poet in seven anthologies, including The Widows’ Handbook: Poetic Reflections on Grief and Survival, Edited by J. Lapidus and L. Menn, with a foreword by Supreme Court Justice Ruth Bader Ginsburg (Kent State University Press, 2014), and has a short story in an anthology called Compass Points (Piscataqua Press, 2015). Her work can be found in several journals, newspapers, magazines, and online, including at The Huffington Post. In 2014 she was the first winner of The Provenance Prize for creative short fiction, and in 2013 and 2015 was selected to be one of the writers at A Room of Her Own Foundation’s retreat at Georgia O’Keefe’s ranch in New Mexico. In 2015 and 2016 Tammi was awarded the Buffler Poetry Residency at Portsmouth High School.

Tammi is a member of many writing and historical associations. The project she is working on now is a historical novel for middle grade readers. 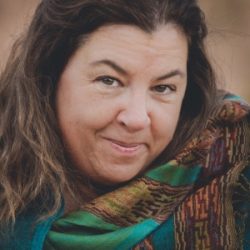