Tamora Pierce is the winner of the 2013 Margaret A. Edwards Award for Lifetime Achievement in Young Adult Literature, the RT Book Reviews Career Achievement Award, and the 2005 Skylark Edward E. Smith Memorial Award for Imaginative Fiction. She is a New York Times and Wall Street Journal bestselling author of more than 28 fantasy novels for teenagers, and has been Guest of Honor at numerous conventions, including Worldcon 2016. She has written comic books, radio plays, articles, and short stories, and currently devotes her minimal free time to local feline rescue. Tortall: A Spy’s Guide, a collaborative effort with other experts on her Tortall universe, came out in October 2017. It was followed in February 2018 by the first in a three-book Tortall series, Tempests and Slaughter.

Tammy lives in central New York with her husband Tim Liebe and their uncountable number of cats, two parakeets, and the various freeloading wildlife that reside in their back yard. You may find her at www.tamorapierce.com, or on Facebook, Instagram, Tumblr, and Twitter. 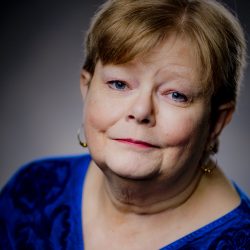