Taylor Haggerty is an agent at Waxman Leavell Literary, representing middle grade, young adult, romance, and women’s fiction. Some of her recent titles include Sally Thorne’s The Hating Game (Harper/William Morrow), which was named one of the best romances of 2016 by NPR and The Washington Post, was featured in the New York Times Sunday Book Review, and has sold abroad in over 15 territories, and Destiny Soria’s historical fantasy Iron Cast (Abrams/Amulet), which received three starred reviews and was recently featured in the Los Angeles Times as one of the hottest YA books of the year. Some of her upcoming projects include Lana Popovic’s Wicked Like A Wildfire (Harper/KT Books) and Kayla Olson’s The Sandcastle Empire (HarperTeen), which has been optioned for film by Paramount, with Leonardo DiCaprio attached to produce. She is a graduate of the University of California, Santa Barbara, and received a master’s degree from Emerson College’s Publishing and Writing program. Prior to joining Waxman Leavell in 2013, she worked at the Gersh Agency in LA. 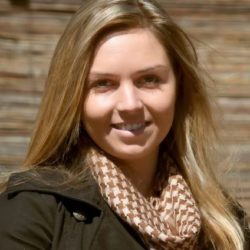