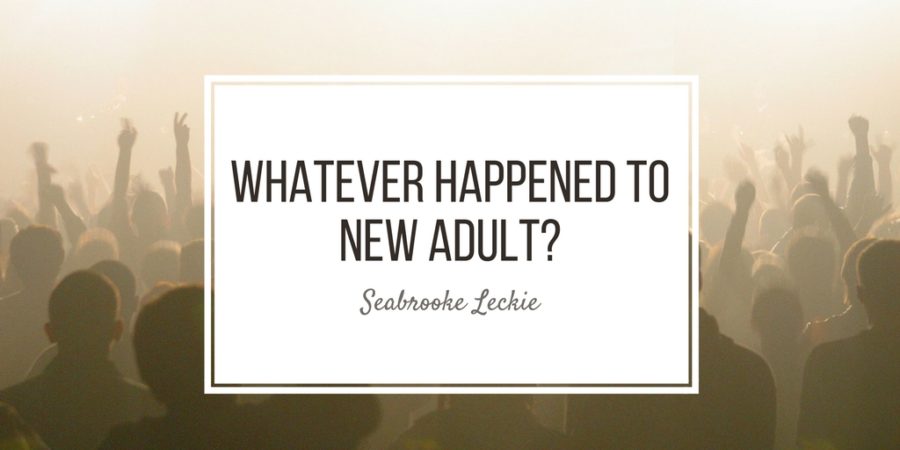 Whatever Happened to New Adult?

Great article, thanks for the insight.

I’m debating making one of my series New Adult and aging up my character. It’s an Urban Fantasy in a constructed world, very similar to modern day Earth, with magic. She’s either going to be 15 (maybe a bit young), 17 (where she is now) or as old as 20 (legal adult, avoids some potential ethical conflicts that come up). In short, she’s on her own for the first time after running away from a controlling family that sheltered her whole life. She makes friends for the first time as well. The content is suitable for Young Adult, there’s no sexy times at all (or much romance for that matter), some of the themes scream YA, but others say NA. I don’t think it’s a regular Adult story though. Any suggestions?

Fascinating! And amazing that a simple categorization by BISAC rang the death knell. Thanks for this inside scoop/backstory.

Hi there. Thanks for this post and explanation. I’ve been looking for something definitive about this because I keep getting conflicting information.

I have an 18 yo MC in a situation where hardship and loss drive him to marry young because his wife is the only place he finds solace. The themes of the book are decidedly adult, but the character faces them with a freshness that only an 18 yo could have. I do not want to age him up or down, especially just to meet a category that to me seems somewhat random. I entered the book in a contest as older YA and was told I had miscategorized. I tried calling it NA and had agents pooh-pooh the whole NA idea, but one agent said the story is definitely NA because it’s coming of age in a harsh world. I’m told if I call it Adult I need to make the MC older. I find the whole thing so frustrating. It does have one explicit sex scene, but it is absolutely not the focus of the book and could be made less explicit without hurting anything. Lots of cussing though, lol.

Any advice on what I should do? Self-publishing is sounding pretty good to me about now, especially since this book is a sequel to a book from the grandmother’s POV (family saga aspect runs through both books). The whole series is post-apocalyptic or dystopian, so no one wants to touch it. Yet, it’s not your average post-apoc/dystopian story either. My readers love it. Where is my publishing home? We’re told to be inventive and to break out of boxes, but if we don’t fit in boxes, no one wants to publish us.

Perhaps I should just call them both Upmarket and be done with it. What do you think?

Thanks for this, Seabrooke – really interesting overview of what exactly happened to this category! It’s something that’s been nagging in an irritated way at the bottom of my mind for the last few years!

When I was about 19 (well before the New Adult label was coined) I wanted to write about people my age, because I felt there was a gap in the market – I no longer wanted to read about 16/17-year-olds (ten years on, I love YA again (and write it) but that was then), but I got bored reading about people in their mid-late twenties or older, whose lives and experiences I couldn’t really relate to – and I couldn’t find anything in between! Then the New Adult idea got started and I was really excited about it, and subsequently very sad at the way it got dismissed and looked down on.

My focus at the moment is on younger writing (MG and YA) but I still have some of those ideas floating around or lying in old documents and notebooks, and I still hope that one day I’ll get to write some of them. Here’s hoping that by that time there might be a place on the shelves for it that isn’t just categorised as sexy romance!